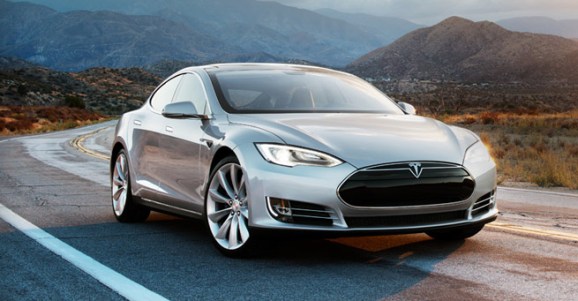 Electric car maker Tesla is coming to Europe, announcing today that it will open over 30 new Supercharger-equipped service centers on that continent.

The rollout, unveiled at the Geneva Motor Show, is key to fulfilling cofounder and CEO Elon Musk’s newly announced goal that “by the end of this year, we expect you will be able to travel almost anywhere in Europe using only Superchargers.”

Superchargers are Tesla’s version of gas stations, except they provide electrical recharging and are free. A Tesla can receive half a charge in as little as 20 minutes.

The company has high hopes for the European and Asian markets, expecting that its sales will be more than twice of North America’s by the end of this year. It also projects a 55 percent increase in global sales in 2014. The Model S luxury sedan has won awards in Sweden, Norway, Switzerland, and Denmark in addition to being named Consumer Reports‘ top car for 2014.

Other steps beyond the service centers are moving along the company’s international expansion.

Models with right-handed steering wheels will soon be on the market in the U.K. In Germany, a leasing and financing program was recently announced as part of a deal with rental company Sixt.

Tesla will be offering streaming radio service in Europe from Rdio. The previously announced Slacker Radio streaming music integration for its cars on America roads does not cover Europe.

We’ve seen indications that Tesla has been struggling to make enough cars to meet demand, although there have also been reports that U.S. demand is stabilizing.

Some orders in North America were reportedly delayed last year in order to supply some of the buyers in Europe. But, by the end of this year, the company expects to build about 1,000 cars each week, instead of the current 600. And its newly announced $5 billion battery factory, the largest in the world, could propel pricing and availability of that essential component.