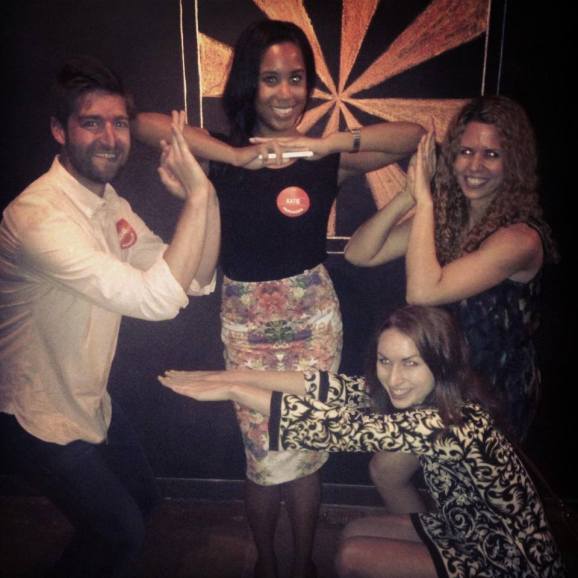 Box is hiring for its communications team

So you want to join a startup? You’re ready for the crazy perks, long hours, and nagging fear that the company may buckle at any moment?

But with tech jobs plentiful right now, it’s not easy to discern between the good, bad, ugly, and severely underpaid startup jobs. So I’ve started starting a new weekly jobs digest that will help you choose between an overwhelming number of startup positions. Don’t be deterred if you don’t code: The list will include a variety of technical and non-technical jobs.

I’ve been overwhelmed by the response to our first startup jobs list. Thank you to readers who alerted me to new opportunities. If you’ve got a tip, my preferred methods of communication are Twitter (reach me at @chrissyfarr) and email.

To reiterate, here’s what I’m looking for:

Here are the startup jobs of the week:

Product design lead at One Medical

Why? One Medical was founded in 2007 by Dr. Tom Lee, a physician who perceived myriad problems with primary care. The One Medical team is focused on improving the experience for patients, who can book a same-day appointment online or on the mobile application, and even chat with a physician via Google Helpout. The innovative primary care firm, which operates with the tagline, “the doctor’s office reinvented,”  is hiring in San Francisco and the East Coast. The company is currently looking for a product design lead to report directly to the CTO, and further optimize the experience for digitally savvy patients.
The job: Product designer.
Stage: Mid.
Location: San Francisco.
The salary: Undisclosed.
Apply here.

Why? Box sells cloud storage but somehow manages to crush it on social media. That’s because the company’s chief executive Aaron Levie is a rarity in Silicon Valley: he’s hilarious. Levie’s Twitter stream is filled with witty insights in 140 characters or less. Box is looking for a communications manager to maintain its buzzing social media accounts (and retweet @Levie, we hope) and internal communications efforts. It’s a good time to join Box, as the company is on the verge of a public offering.
The job: Communications manager.
Stage: IPO candidate.
The location: Los Altos, Calif.
The salary: Undisclosed.
Apply here.

Why? MyFitnessPal is currently the number-one health and fitness app on the App Store and Google Play. It’s essentially a well designed, free calorie counter. Its makers claim the app has helped millions of Americans lose weight and maintain a healthy diet. It boasts a database of nutritional information about some three million food items. The startup is looking for a marketing manager (or “growth hacker,” to use the trendier term) to leverage this data and experiment with new ways to engage people in their health.
Stage: Early to mid.
The location: San Francisco.
The salary: Undisclosed.
Apply here.

Why? Technology is changing the way we eat. A little-known company called Hampton Creek Foods is finding new ways to use plants to replace eggs in a variety of products. It has some high-profile backers in its corner: Philanthropist and former Microsoft CEO Bill Gates described it as the “future of food production.” A job at Hampton Creek would be a fit for anyone interested in agriculture. You’d also have the opportunity to work closely with prominent scientists like Joshua Klein, who worked on HIV drug therapy research, and Josh Balk, the director of food policy at the Humane Society of the United States.
Stage: Early.
The location: San Francisco.
The salary: Undisclosed.
Apply here.

Why? The company was founded by NASA astrauants to provide better access to information about our planet. Last month, the company launched a shoebox-sized fleet of 28 imaging satellites, which will map the entire Earth to better understand the changing planet and ecosystems. It’s hiring for a variety of positions, but the launch campaign manager position sounds particularly cool. The successful candidate will be responsible for “all the launch-related activities from the moment a launch contract has been signed until the satellites are deployed into orbit,” according to the listing.
Stage: Early.
The location: San Francisco.
The salary: Undisclosed.
Apply here.

And the honorable mentions, as it wasn’t easy to narrow it down to five: