When we last left Clementine, the child protagonist of The Walking Dead’s second season, she’d found a place to call home among a group of strangers with a big secret. Who is the mysterious “Carver” everyone fears? What is his connection to the group? How far can Clementine trust the new family she’s found? Developer Telltale Games answers some of these questions, and raises a few new ones, in an action-packed episode filled with tension and surprises. 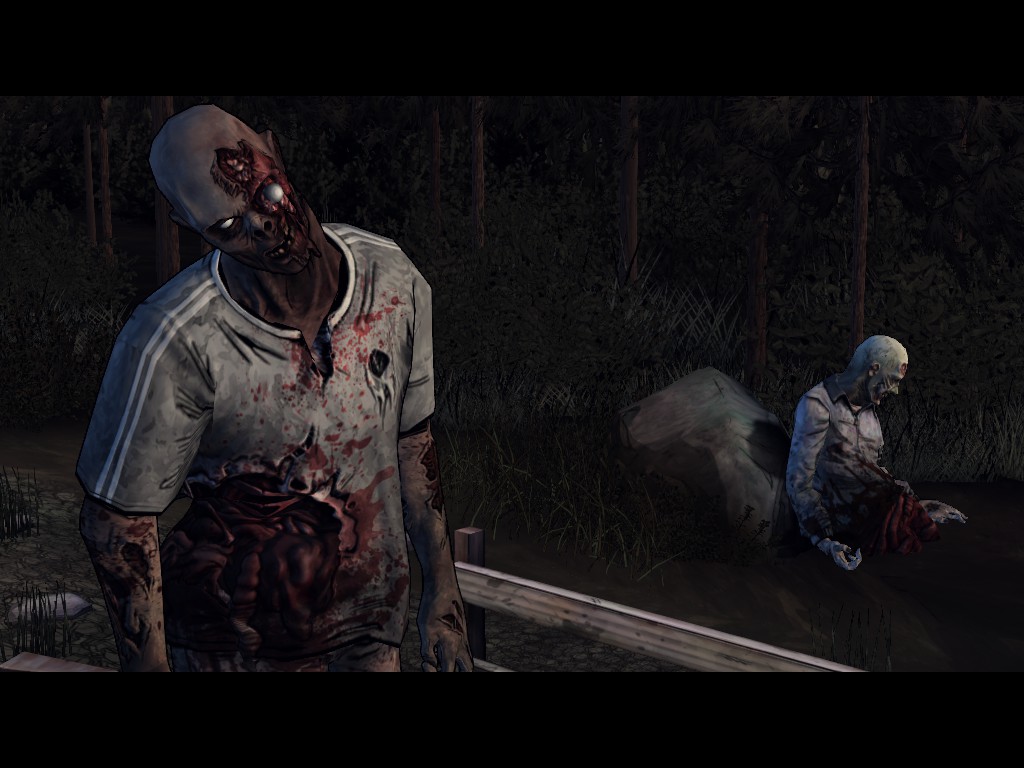 Above: Walkers are the least of Clementine’s worries in Season Two.

Telltale Games calls Episode 1: All That Remains a “buffer” episode. It was designed to ease both new and old players into the story (and Clementine’s shoes) while setting up the season to follow. This made All That Remains a slower-paced episode, but A House Divided starts off in medias res and barely pauses for a break during its roughly 2-hour runtime.

Following the walker attack by the river, Clem and her newfound companions find themselves on the road and on the run from the villainous Carver. But is he really the bad guy here? Trust is a major theme of Season Two, and Telltale Games does a great job planting seeds of doubt early on about Carver and about Clem’s companions. There’s still a lot Clementine doesn’t know about these people, and the writers gave just enough hints to leave me intrigued and wanting to know more.

Fear of the unknown and the inability to trust lead to some effectively tense moments throughout the episode. When an intruder breaks into the group’s home while Clem and Sarah are by themselves, it’s frightening in a way that’s both understated and believable. The man is not overtly aggressive or threatening, yet the knowledge that he could easily overpower both girls if he wanted to created a sense of dread and helplessness as I carefully maneuvered through dialogue choices and hoped for the best.

That sense of dread permeates the rest of the episode as well. This is The Walking Dead, a fictional post-apocalyptic world where bad things can and do happen. Every time things got rough for one of Clementine’s friends, I was genuinely worried for their safety. I knew Telltale would pull no punches, that my actions (or inactions) would likely lead to someone’s death, and it’s that guessing game of “will they or won’t they die?” that keeps you glued to the screen right up until the credits roll.

The callbacks to earlier games

The choices made in The Walking Dead Season One and its downloadable content, 400 Days, really start to come into play in A House Divided. To say more would be to spoil — I’ll just say that fans of the previous game will find plenty to squee over and talk about once they’ve finished playing. 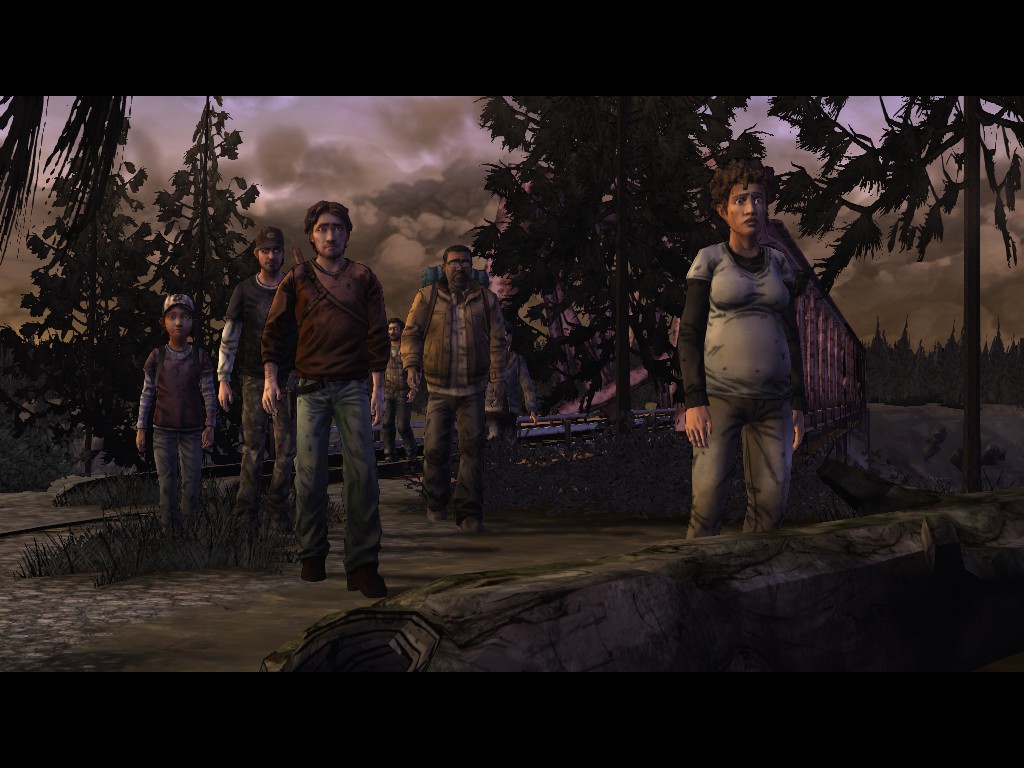 Above: Season Two’s survivors are on the road and on the run in Episode Two.

The story treads some familiar ground

If I have to make one complaint about A House Divided, it’s that some of the story’s elements feel a little too familiar. Carver, like The Governor, is a ruthless leader with family issues. I won’t be surprised if I find a tank of severed zombie heads in his home at some point. His well-fortified camp, glimpsed briefly in the teaser for Episode 3, isn’t called Woodbury, but it might as well be. It’ll be a little disappointing if Clementine’s story simply rehashes the same plot points and themes as the comic and TV show. Hopefully, Telltale will take the season in another direction and give us a fresh angle on the zombie apocalypse.

While Episode 1 had the unenviable task of reintroducing people to the world of The Walking Dead — Episode 2: A House Divided takes off running with numerous action sequences and tension-filled scenarios that will keep you guessing until the end.

The Walking Dead Season 2 — Episode 2: A House Divided is out now on Steam for PC and the PlayStation Network. It will be available on Xbox 360 on March 5 and on iOS on March 6. The developer provided GamesBeat with a Steam download code for this review.

Episode 1: All That Remains

Episode 4: Around Every Corner review