OnLive has announced that former IGN chief Mark Jung is its new executive chairman, and today he is revealing a new direction for the company that starts with two new cloud-based gaming services. 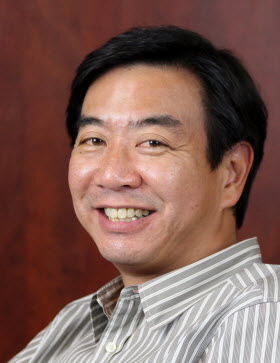 Above: Mark Jung of OnLive

The new services include CloudLift, a subscription service that lets users log in on any device to access their digital downloaded games from services such as Valve’s Steam service. It is also announcing OnLive Go, which lets users of online games such as War Thunder and Second Life play on mobile devices for the first time. In an interview, Jung said that OnLive’s strategy is more measured and complementary with the interests of game publishers and gamers.

“In this last year, we have been repositioning the company and redesigning our services for a positive business going forward,” Jung said. “We have rearchitected it to deliver a much higher value proposition for the users.”

OnLive is now aimed at extending and complementing local processing of games, rather than replacing the local use of an application.

In the past, OnLive sometimes clashed with its constituencies, and overcoming that reputation will make the reboot a bit of a challenge. The company, now based in Mountain View, Calif., started out with an ambitious and disruptive strategy. It pioneered the idea of cloud gaming, or using web-connected data centers to deliver high-end video games to just about any device. OnLive was the brainchild of Silicon Valley wunderkind Steve Perlman, creator of WebTV, Moxi, Rearden, and Artemis Networks.

But even as it tried to build a worldwide cloud gaming network, OnLive clashed with publishers like Electronic Arts and didn’t deliver as robust a network as it promised. It ran through more than $200 million in funding and finally ran out of money in mid-2012. Perlman lost control of the company, and investor Gary Lauder acquired the firm in an effort to salvage the business. Lauder recruited Jung and other new executives to help turn around the company and restore its reputation. 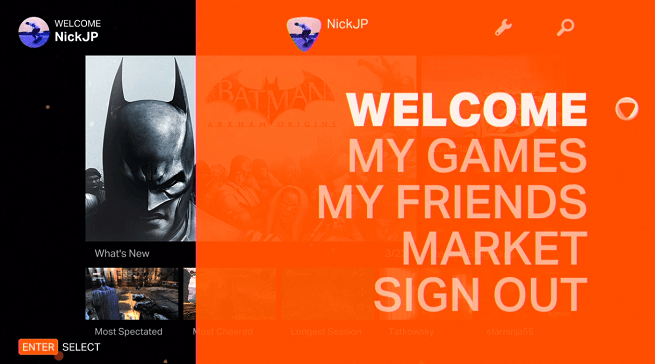 Now, after about 20 months of work, they’re ready to unveil the new services and strategy. I got a good look at the services this week and spent time interviewing Jung, Lauder, and Rick Sanchez, the new vice president of product and marketing at OnLive.

CloudLift takes heavy-duty PC games and makes them playable on just about any device. It extends the experience to devices such as low-end laptops, tablets, Macs, and smart TVs. It costs $14.99 a month as a subscription service. But it doesn’t force gamers to buy a game more than once. It can, for instance, work with games that are purchased on Valve’s Steam digital distribution service in addition to games purchased on OnLive. In the past, a gamer had to separately buy a game on OnLive, even if they already had purchased it on a PC, in order to use it on the OnLive service.

“We got rid of that choice where gamers had to own it locally or play it in the cloud,” Sanchez said. “Now they can do both.”

That service delivers 720p quality video games running at 60 frames per second. It delivers them to devices by streaming video of game imagery from a data center to the device. Because the processing takes place in the cloud, which is now enhanced with heavy-duty graphics processors that don’t cost as much as they once did under the old regime, the games can be displayed on low-end devices which merely have to play them as videos.

The idea of CloudLift, like the old OnLive service, is to give PC gamers more freedom to play their games where it is most convenient.

OnLive Go, meanwhile, makes huge downloadable games, such as massively multiplayer games like War Thunder, more accessible. Instead of having to wait for hours before playing, OnLive Go allows players to instantly launch a cloud version of the game while it downloads in the background. It also allows players to play MMOs and virtual worlds on mobile devices.

“To implement these services, we had to do things behind the scenes to address scalability of our service, cost of our service, and its portability,” Jung said. “We had to address keeping the hardware up to date with modern technology.” 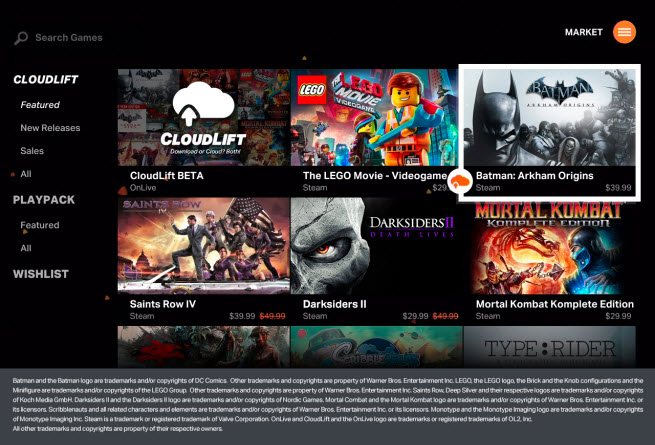 OnLive has opened new data centers in Chicago and Seattle, and it has expanded its existing data centers in Virginia, the San Francisco Bay Area, Dallas, and Luxembourg. And OnLive’s user interface is now built with HTML5, the lingua franca for the web, so that it can be updated much more easily across platforms.

OnLive still requires a relatively fast connection of 2 megabits a second and it works best with 5 megabits a second. That means you can access OnLive via Wi-Fi, cable modems, fiber, and DSL lines. But 4G wireless devices generally won’t work well. OnLive adapts the quality of what you see based on the moment-by-moment performance of your Internet connection.

OnLive still offers its PlayPack subscription service, which has 250 games available for $9.99 a month. CloudLift links the player’s own PC game library with his or her account and syncs the saved games to the cloud. Players can access those saved games from multiple devices, allowing them to pick up a game they were playing on a PC and then start playing it on a tablet. They can access the full game experience, not just a dumbed-down version, on portable gear.

OnLive will also sell download codes. If you purchase a download code for game from OnLive, it will include a 7-day free trial of CloudLift, which makes OnLive the only digital download retailer that offers cloud play as an added benefit to a game purchase.

In the past, OnLive targeted gamers in homes who were playing games on their PCs. But those gamers often already had the games playable on Steam or on disks. They didn’t need OnLive in the home. That also encouraged the costly, bandwidth-intensive behavior where gamers played cloud games for hours at a time. That consumed a lot of processing power and bandwidth, adding to OnLive’s costs.

With CloudLift, the usage pattern should be different. People on the run may play games for a shorter time. They will still get the benefit of accessing their games from anywhere, but their usage is unlikely to drive OnLive’s costs through the roof, Jung said. That makes OnLive’s business model more efficient, since the company has a large capital outlay to make in running data centers. On top of that, the Internet is running faster for a lot more users. Akamai estimates that 34 percent of internet users in the U.S. have more than 10 megabits per second bandwidth.

Jung said game publishers will like the CloudLift service because it widens usage of their games and expands their addressable market to people who would never otherwise buy a heavy-duty game, since their home machines can’t run it.

OnLive’s user interface has been redesigned and simplified. But the service still offers unique cloud capabilities like Brag Clips, or recordings that show off your exploits, and spectating.