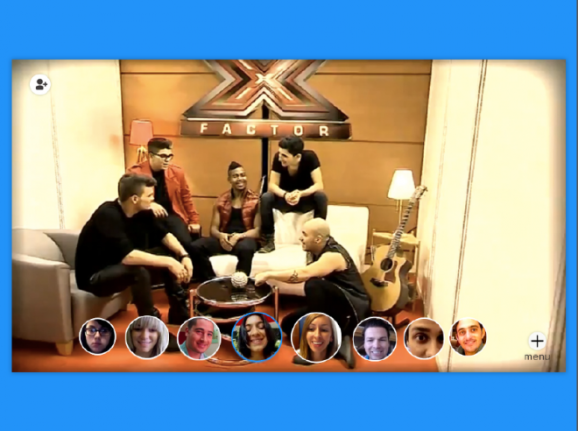 Why should group video chats sit in single Skype or Google Hangouts windows?

Today, the Israeli group video chat company Rounds is announcing Rounds Live, a new spin on the video chat formula that provides for conversations with up to 15 people on any website.

Similar to the chat bubbles in Facebook’s mobile apps, Rounds Live shows you and your friends in video chat bubbles on websites. You can use the service to chat on just about any site — be it a blog post, news story, or YouTube video. Rounds Live lets you conduct private chats with your friends or brave public chat rooms.

Rounds is best known for its Facebook-powered social video chat, which has gained more than 10 million users so far. The company competes directly with Sean Parker’s Airtime, a heavily hyped video chat startup that had potential when it launched, but ultimately failed to find traction. (Airtime is now quietly testing a new mobile video chat app, OkHello, which seems to be doing better than its original desktop app.)

While Rounds Live is a cool concept, the company will have to work hard to convince people to take advantage of its platform. Rounds has already tested its technology with Reshet’s, which broadcasts The X Factor Israel. The company claims that viewers spent an average of 50 minutes in video chat rooms with five friends during the Reshet pilot program.

Rounds was founded in 2008 and has raised around $10.5 million from Rhodium, Verizon Ventures, DFJ’s Tim Draper, and others.