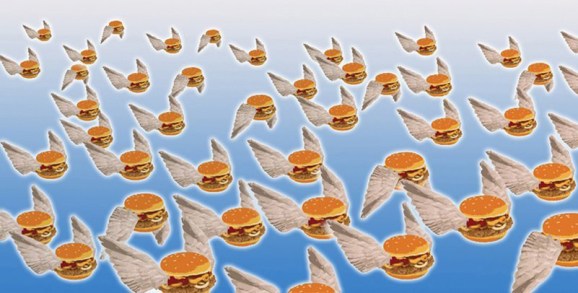 McDonald’s has sold billions and billions of burgers — around 300 billion, in fact. But SendGrid is on track to overtake the fast food giant with its core metric: total emails delivered.

SendGrid today announced that it’s racked up 150,000 customers — including new clients like Snapchat, Dwolla, and Sonos — for which it’s sent out more than 200 billion emails. It delivers a half billion new emails each day, so it won’t be long until it leaves McDonald’s and its burgers in the dust.

“We’re really the only company that has that kind of scale experience [in email],” SendGrid CEO Jim Franklin told VentureBeat.

That’s a massive amount of messages, but it doesn’t meticulously craft each one: The Boulder, Colo.-based startup does “application email” — so when you book an Uber taxi and receive an automated receipt, SendGrid generates and sends that message. Or when Spotify suggests new music via email, SendGrid delivers it.

SendGrid intends to use that experience with cloud-based email infrastructure and delivery to solve other problems for developers.

SendGrid Labs, formed in late 2012, has already released its first product: Loader.io, a load-testing service. It enables developers to test their cloud-based apps and APIs for load performance and scalability. More than 15,000 SendGrid customers use Loader.io, according to Franklin.

Six other SendGrid Labs projects are in the works, Franklin told us. The next scheduled for release is Reflector.io, a notification system for developers. Reflector.io enables developers to provide one “signal” about the state of an app that gets interpreted by multiple parties in ways relevant to them. (Details are scant, as the tool is still under development.)

Franklin also envisions SendGrid as a platform on which others can build “next gen” email apps. Hubspot and Pardot have already built on Sendgrid, he told us.

But SendGrid’s core email service will continue to drive the bulk of the company’s growth, said Franklin. The company is “rapidly approaching” $50 million in annual revenues, he said.

Its primary competitor is Amazon, which offers a “Simple Email Service” for outbound messages. But Franklin said SendGrid’s analytics set it apart.

“It’s not just sending the mail,” he told VentureBeat. “Was that mail received? Was it opened? Was it clicked on? We segment customers by engagement — and that’s something Amazon hasn’t done particularly well.”

Since graduating from the TechStars accelerator in 2009, SendGrid has raised $27.4 million in funding from Bessemer Venture Partners, Foundry Group, and others. It has around 210 full-time employees.