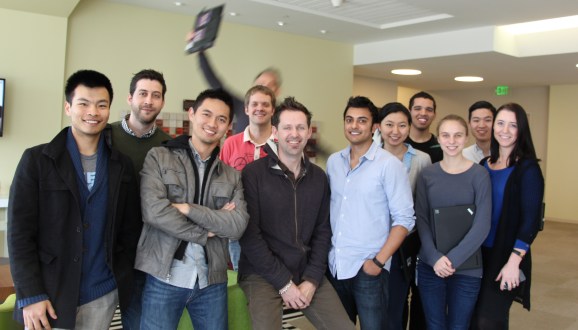 Within Microsoft, a global corporation with tens of thousands of employees, one team is working to foster a startup-like culture.

That group is building Bing, a search engine to compete with Google. Bing is one of Microsoft’s youngest departments, as it was the end result of a startup acquisition in 2008: Powerset for north of $100 million, coupled with Windows Live Search.

In an interview earlier this week, Bing corporate vice president Derrick Connell described Microsoft’s search engine as a scrappy “underdog.” Unlike other Microsoft services and software, which succeed by “locking in” customers, Bing doesn’t have a shot against Google unless it delivers a superior search experience.

For this reason, Bing is investing in new product development and setting up innovation programs, more so than any other department at Microsoft. By phone, Connell exclusively shared his plans for the future, and one new initiative in particular, provisionally titled the “Bing Incubation Project.”

“We had this theory about a year ago, which we called ‘Liberating Innovation,'” said Connell in our interview. “Our mission is to get new products out to the market every day.”

It’s not often that you hear terms like “agile development” and “rapid product iteration” from a senior Microsoft executive. But Connell speaks the startup vernacular. At various points in our interview, he referred to Bing as a “well-funded startup.” Bing (in its previous incarnation as Powerset) began its life as a tiny startup with a cutting-edge technology.

Over the past few months, Connell has been quietly testing the incubation project. The idea is that every six weeks (the next session is in two weeks), any Microsoft employee with an idea can pitch a group of senior executives and managers. If the idea is a hit, these judges may decide to invest resources from their own budgets.

“A manager might decide to throw in a few thousand machines or a top designer or a marketing person,” Connell explained.

Already, one new product has come out of the first pitch session. Now, if you search for a famous person, such as former U.S. President Bill Clinton, you’ll see contextual information pop up in the actual search box. It’s Bing’s version of auto-suggest, and is one of the more popular features.

The first pitch day was attended by Microsoft employees, but Connell is considering opening it up to anyone. For now, the new ideas must serve Bing, but other teams and departments may decide to follow suit. “We are in a position to help the rest of the company and export innovative thinkers out to those teams,” said Connell.

But it may be too little, too late. Suhail Doshi, the twentysomething founder of mobile and web analytics startup Mixpanel, said companies need to make a profound effort to inspire innovation in their ranks from the early days.

According to Doshi, managers and the executive team should always be “accessible” — and not just every six weeks. As his company has scaled, Doshi set aside office hours for any employee (junior or senior) to pitch a new product. “We have a lot of ways to bubble up ideas,” he said. When it comes to the bureaucracy trap, he said, “we’re constantly evolving to fight the problem.”

The future for Bing

Next week, Connell will attend a retreat and present to top Microsoft executives.

Nadella’s recent appointment may signal a new era for the technology giant, and a shift in the corporate culture. In 2012, when former chief executive Steve Ballmer was still in charge, Vanity Fair published a damning report highlighting how Microsoft’s bureaucracy-laden culture had stifled new ideas.

“I feel this new energy at the company, which will be interesting to watch,” said Connell. Ray Wang, a principal analyst at technology-focused firm Constellation Research, agrees.

“We’re seeing a transformation at Microsoft in different divisions,” Wang explained in an email. “There’s a hunger and fire to win again.”

At the retreat, Connell said he will showcase some of the freshest ideas from Bing and detail how he plans to win market share from Google. Nadella has a soft spot for Bing, having worked on the team for several years, where he helped run some of the original Bing hack days.

Despite his soft spot for Bing, Nadella has been described as a “tough, numbers-driven leader” by analysts like Forrester’s Ted Schadler. Many technology experts consider Microsoft to be too big to compete with faster-moving startups. A recent CNET report suggests Nadella may subscribe to this view and eventually decide to sell off the Bing and Xbox businesses.

Connell doesn’t appear to have paid heed to these reports. He’s planning to aggressively expand the Incubation Project to other Microsoft offices globally. In the next month or so, he’ll organize a 24-hour hack session in Hyderabad, India, where Microsoft has a sprawling campus.

“People forget that Microsoft has always had a tendency to make big bets,” said Connell.