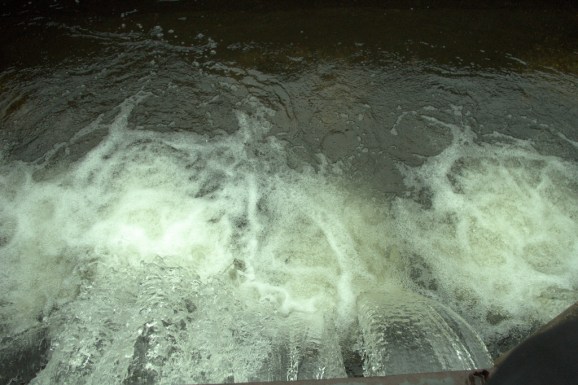 DigitalOcean is a hot public cloud. Developers constantly talk about it on message boards, and it’s growing fast as a provider of infrastructure for running websites.

Investors aren’t about to let that excitement and growth fizzle out. They’re putting up $37.2 million to make DigitalOcean bigger.

Infrastructure-as-a-service (IaaS) providers like Amazon Web Services, IBM, and Microsoft have been expanding and standing out in their own special ways. But all the while, DigitalOcean has been on the rise, even if it’s not at the same scale, even if it lacks some of the basic functionality of those bigger clouds.

Some developers and cloud observers shrug off DigitalOcean as a mere low-cost virtual private server provider that’s comparable to a vendor like Linode. But Wainer said he sees the company as “a simple IaaS solution.”

The trick will be to stay simple even as the company looks toward enriching the portfolio, attracting developers at large businesses, and just generally “moving up the stream,” to use Wainer’s words.

Object storage is a big missing piece of DigitalOcean’s cloud, and the company could very well add that with the help of this funding. A managed database-as-a-service, perhaps along the lines of Cloudant, could be possible, along with analytics and monitoring services, Wainer said.

One way to foster innovation quickly is to release the API under an open-source license. That idea is being kicked around, Wainer said. It could lead to new capabilities like auto-scaling of virtual slices of servers, or droplets, to use DigitalOcean’s term.

“We’re going to be involving the open-source world to help make a better cloud for everybody else,” Wainer said.

The company plans to roll out support for the IPv6 standard, and it has explored the idea of adding a content-delivery network.

“We’re weighing the options between building it [a CDN] in-house from the ground up and using a third-party service,” said Wainer.

“Across the board, though, even with new features coming, DigitalOcean wants to remain simple and easy to use. …

“There’s gonna be times when we’re going to have to say no to customers, and there’s going to be times when have to build things out based on our vision. We’re not going to be able to service every person in the world.”

Effectively, that could mean DigitalOcean object storage or database-as-a-service would be lean and basic, without unnecessary add-ons, Wainer said.

New York-based DigitalOcean started in 2011, and it has now taken on $40.4 million, including the $3.2 million round from last year.

Companies such as Nike and TaskRabbit have deployed microsites or testing environments on DigitalOcean. But for the most part, customers are individual developers, with something like 180,000 developers now in the pool at this point, Wainer said.

He’d like to see lots of cloud-based software companies start to depend on DigitalOcean, and the new funding could help that daydream become real.