Here in “The Valley,” we think we’ve figured out what it takes to be an entrepreneur.

Then something like this comes along and reminds us to think differently.

Take this Ukrainian immigrant, who lived on food stamps before becoming an overnight billionaire. If that doesn’t shatter any preconceived notions about “what it takes,” maybe Bobbi Perreault’s story will. 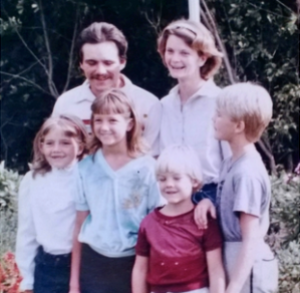 Above: Bobbi Perreault at age 30.

A mom at 16, Perreault struggled to finish high school in her rural, going-nowhere town in Colorado. At 20, she had her second son. The family didn’t have working plumbing. Or heating. She tore down old buildings to salvage firewood, which she burned in a stove crafted from a 55-gallon oil drum. She barely made ends meet packing meat at a butchery. But that’s what it took to support her family. A few years later, a new marriage brought two more children and a growing range of needs and commitments. One year, her family’s tax return showed only $4,000 in income.

She felt lost, trapped and at a dead-end.

Nothing about this story aligns with the hoodie-wearing tech entrepreneur stereotype. Let’s admit it: If Perreault shared her story at a meetup or as a preamble to a pitch, many investors would likely look the other way.

But if we did that, we’d miss Perreault’s win.

Because today, Perreault and her two sons run the most popular golf app in the world: Swing by Swing, which helps golf aficionados master the world’s courses, share distance information, stay connected with their golfing buddies, and maintain their personal stats. With nearly 3 million users, Swing by Swing is among mobile sports’ most highly rated apps, attracting enthusiasts from 137 countries and all 50 states. Ninety-nine percent of the world’s golf courses have been crowd-mapped on Swing by Swing, and customer reviews are overwhelmingly positive.

Perreault, now a full-stack developer, built the app with her sons, Travis and Terrence. Terrence is chief developer at Swing by Swing, managing his mother, whose official title is senior software developer. She created the first version of Swing by Swing’s Android app and a purpose-driven custom email system on top of Amazon SES that delivers 13 million email a month. She did this all while holding down a full-time job at a major Midwestern testing equipment supplier, keeping their website and data systems humming.

What happened between now and then teaches us something about what it really means to be an entrepreneur.

Around the time the above picture was taken, Perreault decided to learn to code. She’d read about computers in newspapers and magazines, and something intrigued her. She enrolled in a programming course at Aims Community College in Greeley Colorado, frequenting the library to learn as much as she could from Dr. Dobb’s Journals and PC Magazines.

Before long, she had “mapped a plan to become a programmer.”

“It seemed awesome and challenging,” she told me. “And it felt like something that could lead to steady employment.”

Perreault had no way to practice coding outside of school — owning a PC wasn’t an option — but she looked diligently for technical work, finally landing a job at a local call center where she started building applications to help them process orders.

With a keyboard at her command, she started pushing her limits, trying new languages and sharing the excitement with her family as she came back home. Soon, she was writing in a range of languages, and her sons (neither of which have a college degree) were coding, too.

We all know what that leads to: Soon, they started a business of their own.

Not your typical tech success story

Over the next few years, they built some interesting things, supported themselves by helping tech companies (including LegalZoom) grow, and ultimately reached the point where they decided to start Swing by Swing. And they called on a coder they knew could get the job done: their mom.

Not your typical tech success story, right? We’d never bank on another Bobbi based on the obvious, surface-level parts of her story. That would be no wiser than, well, matching to superficial qualities in any entrepreneur.

But beneath the external, more obvious markers, Perreault shows the qualities of a true entrepreneur, like vision, determination, curiosity, and a willingness to take risks.

Perreault’s story shows how falling for the easy patterns — the obvious ones — shortchanges our ability to think like an entrepreneur. What would happen if we extended our vision and thought more broadly about what might be the real success drivers? How can we scale our venture capital and network beyond the tiny data set that have spelled “success” so far in our industry?

As we map what will win as innovation accelerates beyond Silicon Valley, what can we learn from Perreault and from other renegade entrepreneurs?

Follow Bobbi on Twitter here. I, for one, am keeping an eye on her and what she does next. 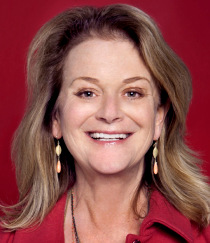 Her work with entrepreneurs in the U.S., Europe, Africa, and Latin America informs her views on tech’s role in driving global change.