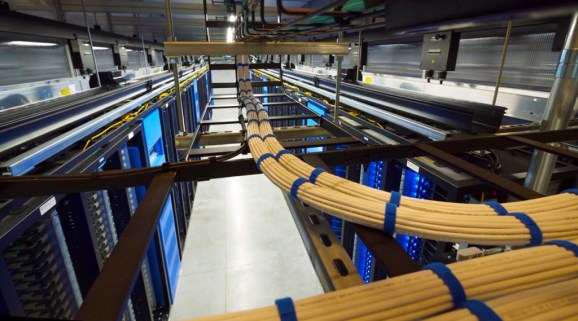 Today Facebook announced it’s employing a new concept called Rapid Deployment Data Centers (RDDCs) for the second data center at its site in Luleå, Sweden. The model can help Facebook better handle growth of users and the amount of data it stores and serves.

The news comes weeks after Facebook executives played up the need to improve the construction process for its server farms at a conference in January.
By building RDDCs, Facebook can add data center capacity twice as fast as it has in the past, and standard kits can go to any of its data centers, according to a blog post today from Marco Magarelli, a design engineer inside Facebook’s strategic engineering and development team. On top of time savings, Facebook will be able to use a smaller supply of materials to build its data centers.

Facebook has devised efficient servers, storage, and network hardware for its data centers and gradually shared ideas with the broader IT community through the Open Compute Project it announced in 2011. Some companies have been taking up the Facebook-style technology.

At the Open Compute Summit in January, Magarelli said Facebook had been working with a few vendors on site design concepts.

One idea was to bringing together multiple components like frames, cable trays, and lights before they get hauled out to a site as units or modules. Magarelli likened the approach to a car assembly line where parts are added to a chassis before the finished cars are delivered.

The other scheme is Ikea-style, which — in case you’ve never bought furniture from Ikea — entails throwing lots of pieces into flat-packed cardboard boxes that you bring home and put together yourself.

“The idea here is to develop a set of instructions that a crew can go out and deploy a solution that we can deploy almost anywhere,” Magarelli said at the Open Compute Summit.

In this arrangement, Facebook wouldn’t need to obtain special permits for wide loads to move equipment to a site, he wrote in his blog post.

Both of these approaches come into play for Facebook’s second Luleå data center, which the company will start building soon, Magarelli wrote. And it won’t be buttoned up about the work.