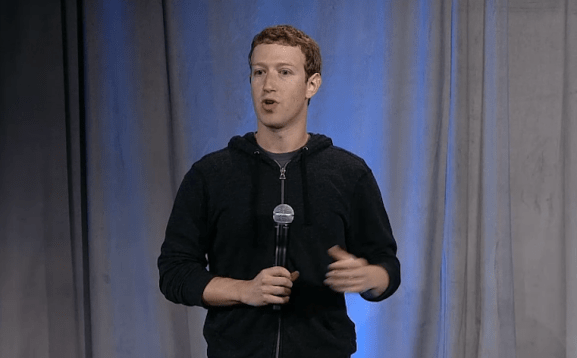 Dammit, Internet. You left me hanging once again.

The date is April 30, 2014; the location is San Francisco. Around 1,500 developers are expected to attend. Topics will include technical talks as well as hands-on labs. If you check out the f8 page on Facebook, you can sign up for your very own ticket.

And of course, there’s the big Zuckerberg keynote, which functions as a sort of State of the Union for the Facebook platform. If there’s any big product news, the f8 stage is likely going to be where we hear about it.

This time around, the shindig will include both the Facebook and Parse (a relatively recent acquisition) developer communities.

And of course, your humble VentureBeat correspondents will be on the scene to provide you with news of the latest changes to the platform as they’re announced from the f8 stage.

This year, we’re going back to our roots and having a pure developer conference. F8 will open with a morning keynote, followed by four tracks that will cover getting started guides, technical best practices, infrastructure strategies, engineering deep dives, and advertising tips  for making your app or game highly successful. We’ll also have sessions  dedicated to exploring how developers can take advantage of open source  technologies.

We’ll close F8 with a celebration where people can unwind with drinks and  entertainment. Facebook and Parse engineers and product team members will be available throughout the conference to provide 1:1 help and  advice.

And here’s a fun update from Parse CEO Ilya Sukhar:

In September, my team put on Parse Developer Day to talk about building great apps with Parse. I thought talking with 600 developers from all over the world was pretty awesome, but now we get to be part of F8 – over twice that size.

App development is happening at such a crazy pace these days. Almost every day I find a new app that is solving problems or providing entertainment in a really creative way. My favorite app of the moment is Threes. I can’t stop playing it.

But building a hit app and finding people who will love it is really hard. Turning that app into a money making venture is even harder. Helping developers solve these problem is why we’re doing an F8. Between the Facebook and Parse teams, we have a lot of new developer-focused products to show off. We’ll have a day full of technical content, engineers all over the place to help out, and a sweet party to close it out.