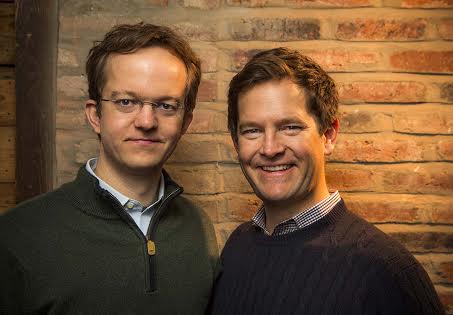 Snowden, from his bolthole in vodka-loving Russia, is in the news again, addressing a gathering at the Austin, Tex., SXSW tech and music gathering Monday in a teleconference.

Ackerly is hardly kidding of course.

Virtru launched in 2012 and has raised $4.2 million in venture funding to date.

According to Will Ackerly, Virtru’s encryption protocols are focused on the secure sending and transmission of email across all major email platforms, including Gmail, Yahoo, and Outlook. Virtru encrypts the contents on your device then sends the transmission to the recipient but separates the encryption key from the message. The technology is patented.

For now, the startup is placing its focus on email but will soon turn its attention to texting and IM encryption.

Using the AES-256 algorithm, Virtru’s claims to have taken the “complexity out of encryption services” by making it simple to safely encrypt every message coming and leaving an email userstream.

Email encryption works most effectively when both the sender and email recipient are operating on the same platform. Virtru’s approach precedes the sending of email and automatically encrypts dispatches prior to their sending right on your browser.

Virtru is based in downtown Washington, DC, close to many who inhabit the political, intelligence, non-profit, and private sector landscape. Most of its 12 employees have NSA backgrounds, as do the 13 contractors it works with. It makes sense. NSA employs some of the brightest and youngest hackers and digital architects in the U.S..

Indeed, many go right out of the door of the secretive Ft. Meade, Md., headquartered communications giant and into the private sector, and many retain connections and links to former and current employees. Will Ackerly is proud of his background, which came across clearly during a Monday phoner.

“It’s a really great mix (of employees). There’s lots of people that I worked with at NSA that have a similar state of mind and who know cryptography,” Will Ackerly said.

The Ackerly brothers made clear their interest in protecting users communications and that it tied itself into the issue of civil liberties. Will said securing browser launched email communications was in line with his NSA roots and that his former bosses don’t begrudge him for ultimately making the NSA’s job of cracking email encryption more difficult.

“One of the big gaps we wanted to solve was taking that core encyption technology in email and integrating it into the tools we use every day,” Will Ackerly said.

While it’s not the newest format, email is still one of the fastest-growing communications methods, according to a Virtru spokesperson in an email sent to VentureBeat.

“Despite the popularity of other messaging apps, email is still the most widely used form of electronic communications.  According to market research firm Radicati Group, people send 182 billion emails each day around the world. The number of active email accounts swelled to 3.9 billion last year from 3.3 billion in 2012. New accounts are expected to grow by 6 percent in each of the next four years.”

You can check this Virtru blog post on email and its vulnerabilities.

“Whether you’re in Finland, Sarajevo, Vietnam or people down the street, people are reaching out,” to Virtru, John Ackerly said.