Mobile game companies keep spending a lot on acquiring new users, but the founders of Yvolver think they should focus their attention on the gamers they already have.

The Dallas-based startup is announcing today that it is bringing the science of loyalty reward programs to mobile games with a platform that has been designed in part by loyalty rewards guru Hal Brierley, who helped create loyalty programs like AAdvantage, Hilton Honors, and GameStop Power Up Rewards. The aim is to significantly improve the financial health of the mobile game industry by getting gamers to stay longer.

“It is six times more effective to keep a customer than to acquire a new one,” Brierley said in an exclusive interview with GamesBeat. “There isn’t anything identical to what we’re going to offer in the industry.” 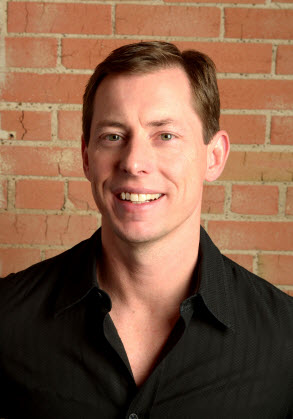 Above: Steve Nix of Yvolver

Yvolver has created a platform that focuses on player retention, engagement and monetization, said Steve Nix, chief executive of Yvolver, in an exclusive interview with GamesBeat.

Brierley is an investor in Yvolver and a member of its board. He is applying his expertise to gaming, which has become frustrating for mobile game developers because it is so easy for players to lose attention in free-to-play mobile games. The players haven’t paid $60 up front, as they do in console games, so they may not be that interested in sticking with one game when there are a million others in the app store to try.

“We have become an incentive-based society,” Brierley said. “It has changed credit cards and the travel industry. If you design a right incentive for the right behavior, it works. The problem is everybody thinks they are a loyalty expert.”

Brierley has designed 175 loyalty programs over three decades at his Brierley+Partners consulting firm.

A few lucky game companies have mastered engagement and retention, but Nix said many companies are frustrated with the direction of the mobile market.

“The only tools available to developers outside of their core game mechanics and economies are acquisition services, or ad and offer platforms,” Nix said. “Acquisition costs are exponentially increasing and most developers cannot expect to successfully compete against the giants.”

The company was in stealth mode since it was founded last year by Nix and former Apple App Store games manager Cory Lewis. Sean Edison, a senior vice president at Brierley’s consulting firm, is also an acting advisor to Yvolver. Yvolver has developed a platform that it says in different from anything else in the market by using loyalty techniques from other industries to drive behaviors.

Yvolver works closely with developers to design custom programs, since Brierley says that one size doesn’t fit all. The team develops what it calls an “engagement multiplier.” When this multiplier is combined with in-app purchases, it produces an Yvolver score. Users can redeem their score in a given month for digital and physical rewards. The higher the score, the more the rewards.

In other industries, the results have been huge. Hotels set aside a small amount of revenue from your hotel stay to issue rewards.

“Designed correctly, these drive incremental revenue,” Brierley said. “And redemption drives loyalty. It will work with any kind of game. I do believe that rewarding people for their attention is the next battleground. We won’t pay you to play. But we may pay you the more that you play.”

The company will have more than 30,000 physical items as rewards in a catalog at launch. Brierley said that the rewards will be given out on a monthly basis, and can change from month to month for individual games. The rewards come in all shapes in sizes. Some simply confer status to an individual in a community. But physical goods matter a lot.

“A virtual Porsche isn’t as good as a real Porsche,” Brierley said.

Nix said the user interface has been designed to be appealing to gamers. Developers can get access to analytics about user behavior.

The first game to use the beta version of the Yvolver service is Limbic’s Zombie Gunship Zero game, which will be available for download on March 13.

“Running a successful independent mobile games studio has become an increasingly complex challenge during the past two years,” said Arash Keshmirian, Limbic’s CEO, in a statement, “Market competition is at an all-time high, and marketing resources are becoming increasingly scarce and expensive. We couldn’t be more excited to partner with the Yvolver team to not only help engage and retain our current fan base, but to bring those fans real, added value within the Zombie Gunship Zero experience. It’s a win-win for us.”

Yvolver geared the rewards toward premium users who are not afraid to spend and want tangible returns for what they spend. Big spenders, known as whales, “are going to love our service,” Nix said.

Yvolver will only make money if Limbic and other customers make money from the platform. 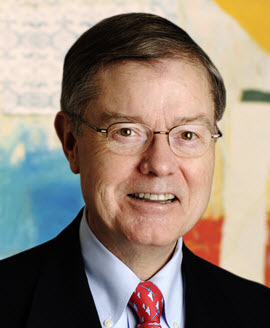 The whole platform has been under design for almost a year. The company has nine employees, and it has raised $1.7 million in funding. Some of the engineers worked with Nix when he led business development at id Software, the maker of the Doom and Quake games. Lewis runs business development.

Matt Himelfarb at Dallas Venture Partners introduced Nix to Brierley. That, Nix said, turned out to be the key to creating the startup.

“We started our program based on his advice,” Nix said. “Hal has played a critical role in helping us design our overall strategy and more specific programs that we can use to incentivize desired user behaviors.”

One of the key lessons so far? Every loyalty program is unique.

“These things will evolve,” Brierley said. And that’s where the company’s name comes from.