The 8,000-square-foot retail space at 131 Greene St. is situated just a couple storefronts away from eyewear giant Warby Parker. Most interestingly, Apple’s Soho retail store is right on the corner of that SoHo block.

Here’s a look at the store’s current interior, photographed by VentureBeat, which shows no signs of Google’s branding: 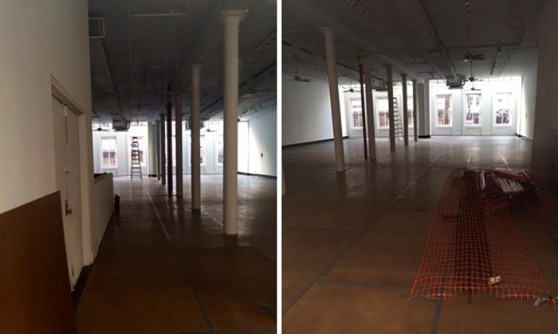 Google is no stranger to physical retail stores. The tech firm launched its first Android store in Melbourne, Australia back in 2011, and has also established dedicated spaces in stores across Europe.

For Google, a retail presence in SoHo would make for a massive risk. If it performs poorly, it will do so quite publicly. It could signal a major shift for the tech firm, as it’s placing increasing importance on original hardware like its modular phone project, Google Glass, and the Chromebook Pixel.

Google did not immediately respond to VentureBeat’s emails regarding this news. Similarly, the storefront’s representing real estate firm did not respond to our calls.