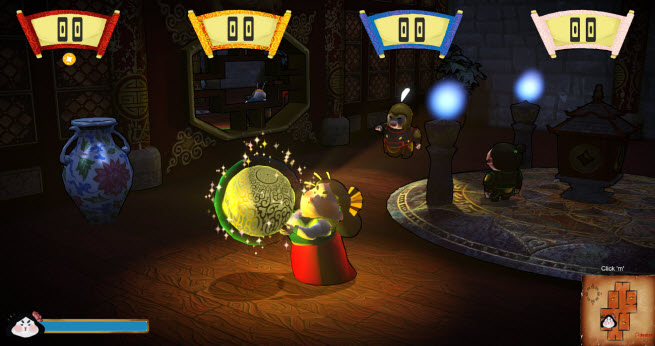 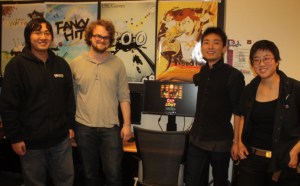 Fat Loot is a capture the flag-style game focused on stealth. Four players compete against each other, trying to break into a guarded palace and take a treasure. They then return to their home base to earn points. Game-controlled guards roam the halls and stop the thieves if they can. Players are visible if they step into the light, but they can sneak around in the dark. It has a Chinese theme with comic characters like the Ginseng Baby or a rabbit who fancies himself as a tiger.

The team consists of 30 people, all of them working for half the school year so far. It has two maps and four characters. It’s a free-for-all, where players try to grab as much loot as they can. The game doesn’t have any killing, but you can stun your rivals and push them into the guards’ view. It has cool, cartoon-style 3D animation with full lighting and shadows. It is built with Unreal Engine 3.

“The game is a competitive game where you try to steal the most in the time allotted,” said team leader Xiaotian Chen. “An evil queen is hoarding treasure in her palace and these are all master thieves.”

If the team finishes its work by this summer, it will pitch it on Valve’s Steam Greenlight and make it available for download. 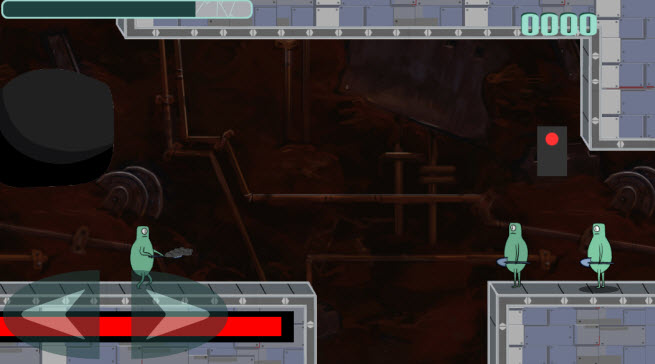 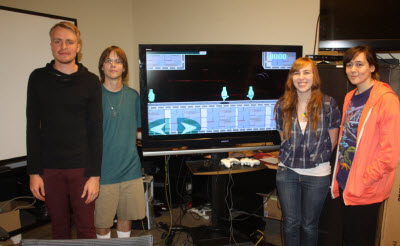 Cole is a 2D mobile platformer game with a dark sense of humor. You start out as Cole, an alien who is stuck in a giant factory aboard a big spaceship, shoveling coal along with a bunch of other enslaved workers. You escape and go on a grand adventure. It looks like a kids’ game, but it isn’t.

“At first, we trick the player into thinking that the game is just about shoveling coal,” said Alan Wagner, a student designer of the touchscreen game. “There’s a theme of existentialism. Doing what you’re told at first, and then breaking out. Those were interesting ideas.”

“In the coal room, you’re supposed to be obedient and shovel,” added Jennifer Mallett, the production leader. “You can kill any of the characters in the game, or help them out. It’s your choice.”

In the demo, Cole bumped into a guardian who was blocking his path. The story unfolds through text bubble conversations. Seeking food, Cole conversed with the guardian, who was protecting his son. The guardian offered food and a place to rest in return for a promise to fight the captain of the ship.

Fulfilling such quests takes up a lot of your time. You spend a lot of it jumping from one wall to another, evading the laser-sight weapons of the enemies. That wall jumping seemed like the most challenging part of the game. You try to uncover the mystery of where the giant spaceship is going.

Cole uses Unity for both iOS and Android. It has about eight levels so far. It is being built by a team of about 20, including five designers, eight engineers, and a lot of external artists.