Trion Worlds is announcing its Glyph digital games platform today as part of an effort to reinvent itself and help other developers get their PC games discovered.

Trion will use Glyph to give third-party game developers exposure to Trion’s 10 million registered users, who have played hardcore online games such as its massively multiplayer onlines games, Rift (a role-playing game) and Defiance (a shooter). The company has discovered that having an audience of lucrative hardcore gamers is a valuable asset at a time when there many millions of players who won’t pay a dime for a game or any other app, and it is pivoting to share that audience with other developers in a way that addresses one of the biggest problems of the digital distribution era: discovering the app that is right for you.

The move is a pretty big pivot for Trion, which has been focused on developing and publishing MMOs in the past. But the new platform leverages the technology that Trion has used to create games such as Rift. But it will continue to publish games. 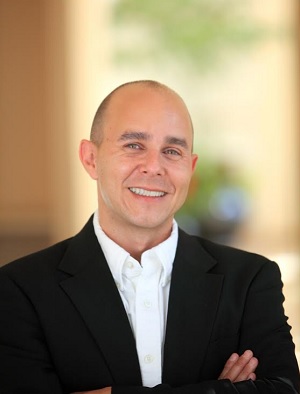 Above: Scott Hartsman of Trion Worlds

Scott Hartsman, the chief executive of Trion Worlds, said in an interview with GamesBeat that the platform will be lightweight and make it easy to cross-promote new games to Trion’s existing audience, which is considered valuable because they have a history of paying money for games or virtual game items. For free-to-play games, Glyph could provide a very good way for hardcore games to get large new audiences.

“I don’t have to tell you how much the game industry has changed over the last year,” Hartsman aid. “Excitement is happening everywhere. Glyph was a way to open a brand new use for our platform. We want to be a huge force for good. We can give developers more visibility.”

Glyph will sit on top of Trion technology, which more than 10 million players have used and supported 25 million transactions and 50 million downloads. All of it has been focused on PC games, an industry going through a resurgence thanks to digital distribution services such as Steam and the raise of indie game development.

The Redwood City, Calif.-based Trion will present its gamers with a curated collection of quality games, Hartsman said. Hartsman said the new platform came about after developers requested it and gamers showed interest too. He believes that Glyph will be 300 percent better than other means at finding new valuable gamers for hardcore game developers. Trion’s users convert to paying users at four times the rate as other users.

“It is an audience of dedicated core gamers who want more things to play,” Hartsman said.

Asked if Trion would become a direct competitor to Steam, Hartsman said no. But you can use Glyph to buy games without digital-rights-management (DRM). Players will also be able to use Glyph to buy virtual currency or virtual goods inside their favorite games.

“It’s a user-facing hub where people can get games,” Hartsman said. “Once people are in our system, they can participate in our global loyalty program.”

Trion will seek out a limited number of games that will likely appeal to its gamers. The winners will benefit from millions of dollars a year in marketing and promotion. Their games will become more discoverable, which is becoming increasingly important as the world is flooded with free-to-play games. 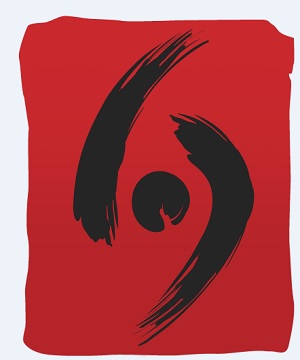 Hartsman said the platform will be both developer and player friendly. As an example, he said that all titles sold through Glyph will be delivered free from the DRM utilities that cause so many problems for gamers. He also said that single-player games will not require an always-on connection in order to be played.

Trion is signing developers now and expects to release a full slate of them in the weeks following the 2014 Game Developers’ Conference in San Francisco.

Trion worked for five years on its first game, Rift, an MMO that competes with World of Warcraft. During that time, subscription MMOs fell out of favor and the company converted it to free-to-play.

Trion had previously announced its third-party publishing platform, code-named Red Door, but that project has been retired. To make Glyph, Trion took elements of a game user interface and made something new. It is now expanding it into a cross-game platform. It has features like buying games that you can offer as gifts to your friends. It can also be used for crowdfunding.

Trion has gone through several pivots in its lifetime. It spent five years making Rift, its fantasy role-playing MMO. During that time, subscription MMOs fell out of favor and Trion converted all of its games to free-to-play games. Trion also made the Defiance MMO to go with a new SyFy television show. While the TV show did well and is in the middle of producing a second season, the game launch was pretty rocky. The Defiance game had a lot of bugs,and the content wasn’t as popular as Trion had hoped it would be.

Trion has 250 employees. The company will launch the beta version of Trove in the coming months and it expect to launch ArcheAge this year.