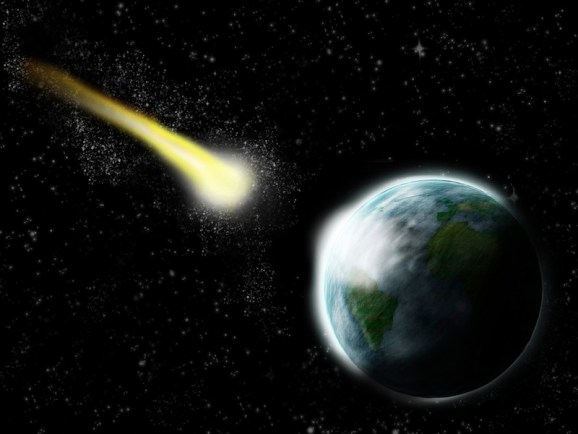 Want to use your computer skills to, you know, save the world? Then NASA has the contest for you.

The space agency is launching its Asteroid Data Hunter contest series on St. Patrick’s Day. It’s looking for code to better ID asteroids that have targeted our home planet.

“Survival,” NASA points out, “is its own reward.” But just in case keeping everyone you know alive is not enough, the legendary agency is sweetening the pot with $35,000 in awards.

Planetary Resources, a Seattle-based asteroid mining company — hey, this is the 21st century — will be working with NASA to apply the submitted code to the NASA-funded Catalina Sky Survey data set. Of course, better asteroid-finding tools could help Planetary Resources when it gets around to harvesting those rocks.

Running through August, Asteroid Data Hunter is only the first of a contest series that the agency has dubbed its Asteroid Grand Challenge.

A pioneer in distributed computing, NASA has been working over the last three years through its Tournament Lab to apply distributed coding skills to its rocket science-level problems. The Lab, a co-project with Harvard Business School in association with Harvard’s Institute of Quantitative Social Science, uses the TopCoder platform to crowdsource code for NASA systems from thousands of competing developers.

Asteroids are not an obscure threat. Just ask the dinosaurs or, more recently, the Russians, who endured last year a meteorite explosion that was the equivalent of 500,000 tons of TNT. (That space rock, by the way, got into our atmosphere undetected.)

Astronomers have been saying that it’s not a matter of if we’re hit again big time but when. Current detection technology can only track an estimated one percent of the objects out there.

The NASA crowdsourcing projects are akin to a major initiative from the White House that makes public data sets available for businesses or public organizations. Centered around get-togethers of entrepreneurs, scientists and public interest activists called Datapaloozas, thie effort has focused on over 75,000 data sets available at data.gov, including weather measurements, disaster area data, labor stats, and farm crop records. Datapaloozas have been organized around health, safety and education.