Every day, people spend the equivalent of 11 years of real time playing the puzzler Threes — but only on their iPhones and iPads. Now they can rack up even more years on their Android devices.

The self-proclaimed “tiny” mobile game is now available on the Google Play store. Threes isn’t free like many mobile games; instead, it costs $2. Its popularity exploded over the past month. Most of its players are in the U.S. A lot of people also play in China — but this is not a cause for rejoicing, as publisher Sirvo LLC claims that more than 90 percent of those copies are pirated.

The gameplay of Threes is simple: at first, the player must combine 1s and 2s into 3s. From that point, they must combine matching multiples of 3 to form bigger and bigger numbers.

To commemorate its success and mark its release for Android, Sirvo LLC has created an infographic with more facts about the game: 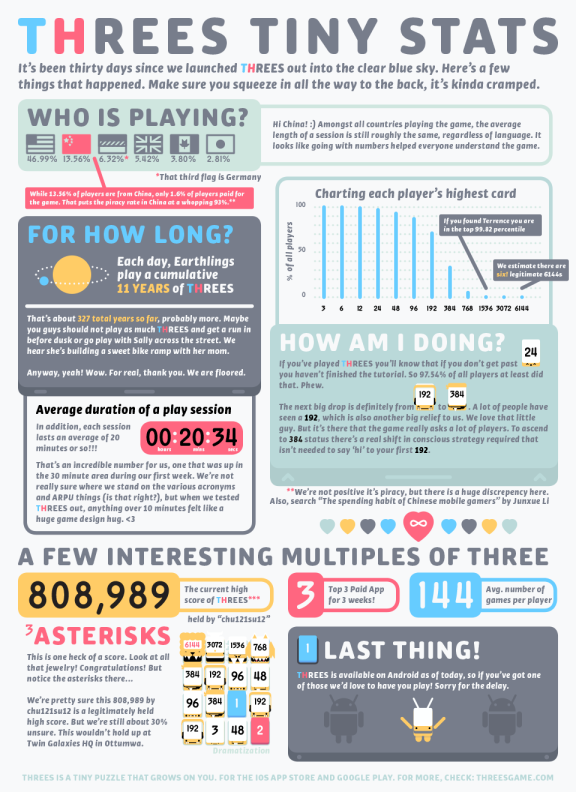 Above: Lots of facts and figures about Threes. Click on the image to expand it.