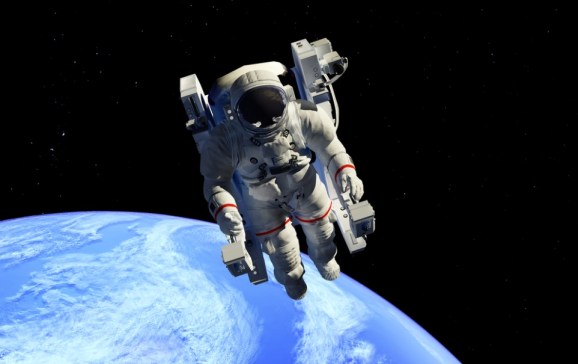 Whether or not the unfolding political crisis in Ukraine and looming U.S. sanctions against Russia will lead to an outright Cold War scenario remains to be seen, but you can be certain that the global geopolitical scene has changed, yet again.

The last Cold War facilitated an unprecedented arms and space race between the United States and Soviet Union. Sputnik, Apollo 11, Space Shuttle, “Mir” Space Station — we owe all of these landmark achievements to a 40-year clandestine confrontation between the two superpowers. Many technologies that we take for granted today came out of the space program, from laptops and solar panels, to lithium batteries, and even the dust buster.

And now it’s clear that the space race is on again. But how will a 21st Century space race be different? For starters, there are many more players around the table today than even 20 years ago. According to The Economist, the number of countries with activities in space has doubled in the past 10 years, while total government spending on civil space programs reached a record $44 billion in 2013. Most importantly, though, this time it’s not just between countries.

Silicon Valley is a key player in the new space race. Together, its big and small enterprises are an emerging power looking to disrupt various aspects of space technology — revolutionizing telecommunications, earth observation, satellite manufacturing, and, at the end of the spectrum, space travel.

Billionaire extraordinaire and CEO of SpaceX Elon Musk didn’t miss the chance to make the case for U.S. support of space technology advancement during a recent Senate Appropriations subcommittee hearing. He emphasized how over-reliance on Russian launch platforms and rocket engines (the flagship Atlas V rocket produced by a joint venture between Lockheed Martin and Boeing uses engines from Russia) creates a significant vulnerability for the U.S. space program in general and the country’s military satellite deployment plans in particular.

It remains to be seen whether or not Musk’s concerns are justified or if he is simply playing the “Russia card” to get additional government support for his own space venture, SpaceX, on top of an existing $1.6 billion NASA contract for ISS supply missions. However, one thing is clear — there will be an opportunity for alternative delivery vehicles and launch technologies, developed by private enterprises.

SpaceX is certainly the most prominent company working on bringing down the cost of orbital launches, but it’s not the only one. Virgin Galactic’s LauncherOne platform is looking to deliver payloads of up to 230 kg (500 lb.) to lower earth orbits for a fraction of the cost of today’s commercial rocket launches. Other alternative launch methods include all sorts of technologies, from space elevators and projectile launchers, to stratospheric balloons, hybrid launch systems, and even space planes. While these types of space vehicles are not going to challenge large rockets in the short term, they certainly open up a new level of orbital access for manufacturers of nano and micro satellites (1-50 kg weight category).

Silicon Valley companies like Planet Labs and Skybox Imaging, backed by the likes of DFJ, Khosla Ventures, and Yuri Milner, have already launched satellites that are smaller and cheaper and yet deliver capabilities similar to or exceeding those of spacecraft produced by large national space agencies like NASA or the European Space Agency. High cost of launch has historically been the main barrier for private space sector development. As this barrier comes down in the coming few years, undoubtedly we’ll see more and more companies (and even individuals) sending things into orbit.

According to SpaceWorks, 92 nano/microsatellites were launched in 2013, which represents a 269 percent year-over-year growth compared to the previous year. Based on announced plans by various companies and space programs, between 2,000 and 2,750 CubeSats will be launched in the next six years, most for commercial applications, particularly earth observation. This trend will generate an influx of satellite imagery of all sorts and types over the coming decade. Combined with the promise of UAV (drone)-sourced earth observation (Titan Aerospace just made headlines with suspected purchase plans by Facebook), we are looking at a very interesting big data problem to make effective use of all this geospatial information.

Already today, companies like RS Metrics and Geospatial Insight can provide real-time global business intelligence from space. Based on remote sensing data these “Space IT” companies can estimate Walmart’s turnover based on parking lot occupancy rates or provide an assessment of how many containers got shipped from all Chinese harbors on a particular day.

Even the titans of the earth observation industry are recognizing the importance of delivering to their clients refined business solutions rather than raw satellite and aerial photography. Earlier this month DigitalGlobe acquired Spatial Energy, a Colorado-based startup that helps major energy companies around the world reduce the cost, time, and effort associated with acquiring and analyzing complex geospatial data. This type of transaction, along with Monsanto’s $930 million acquisition of Climate Corporation last year (another venture-backed company that heavily relies on satellite imagery analysis for its agricultural insurance products) should send a clear signal to investors that the space sector is full of opportunities that don’t ever require leaving Earth’s atmosphere.

The past year has marked a big influx in venture capital money into the space sector, and the trend is expected to continue. While the lion’s share went into the hardware side and overall private funding is still nowhere close to what governments are spending, it has become clear that information technology will become an integral part of space industry development. Space has always been a place of convergence of many different technologies, and in the next few years we shall see a new generation of small satellite and UAV manufacturing combined with cloud-based bid data crunching algorithms opening up a new realm of business and consumer applications.

And who is better equipped to lead the way in this sort of innovation than a Silicon Valley lean startup?

Ilya Golubovich is a founding partner of I2BF Global Ventures and an investor in Planetary Resources, Dauria Aerospace, and CloudEO.