After two years of rumors, Facebook announced it is rolling out autoplaying video ads on the both desktop and mobile.

This move follows Facebook’s earlier tests with in-feed video advertising units. It also follows the company’s decision to launch non-autoplaying video ads on both iOS and Android. The new ads are rolling out over the next few months.

When its mobile video ads launched, Facebook’s Radu Margarint claimed that “video creative has proven to be an effective way to drive engagement in News Feed.” 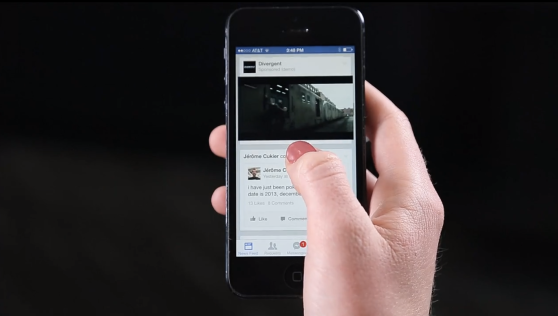 The new video ads on Facebook’s Web property, however, do autoplay — but without sound. According to Facebook’s official announcement, the ads will only last 15-seconds each:

“Premium Video Ads are designed for advertisers who want to reach a large audience with high-quality sight, sound, and motion. Each 15-second video ad will start playing without sound as it appears onscreen and stop if people scroll past. If people tap the video, it will expand into a full-screen view and sound will start. People can expect to begin seeing these new ads over the next few months.”

The debut of autoplaying video ads is controversial. As we’ve previously reported, Facebook runs the risk of Myspacing its social network if it doesn’t proceed carefully.

This news follows Facebook’s decision to settle on a new design for its home feed after testing various designs for over a year.