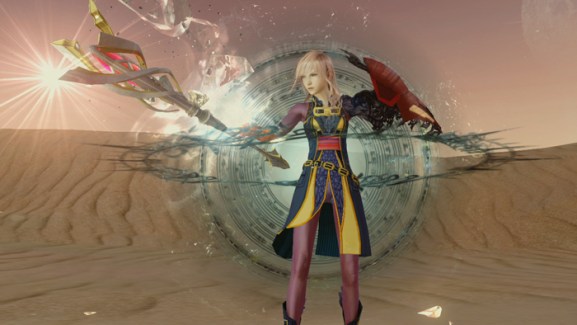 Lighting Returns made the top 10.

Hardware sales bolstered video game revenue in February, with Microsoft and Sony each claiming they won the month in the PlayStation 4-Xbox One console war.

Gamers spent $887 million on new physical games, hardware, and accessories at retail in February, according to sales-tracking firm The NPD Group. That’s up 9 percent from $810 million for this month last year. As expected, it’s still the new hardware from Sony and Microsoft that is bringing in the dough.

Hardware brought in $347 million, which is up 42 percent from 2013 when the aging consoles only generated $244 million in sales. With people dropping $400 and $500 to purchase new systems, they also spent a bit less on software. New game sales were down 9 percent to $318 million. Accessories, which includes items like controllers and Skylanders toys, was up 33 percent to $221 million.

As always, these figures only represent physical items sold at brick-and-mortar stores. The NPD does not include digital and online sales in its monthly report, which is why it’s best to view these numbers as a snapshot of a much larger picture.

With that out of the way, let’s get to the game chart.

February didn’t have many huge releases, but a few games are new to this list.

The power of the Lego brand didn’t just push the recent film to box-office success, it also helped the tie-in game do almost as well. It wasn’t enough to unseat Call of Duty: Ghosts, which is No. 1 for the fourth month in a row, but it sold better than big-name new releases like Thief and Lightning Returns: Final Fantasy XIII. Of course, Lego had the advantage of selling on seven different platforms.

Another game that, like Call of Duty, has had continued success is NBA 2K14. It was the No. 3 seller in February after charting at No. 2 in January. In fact, publisher 2K’s basketball title has continued to shine even as EA’s Madden has fallen completely off the top 10.

Nintendo confirmed that it sold 200,000 physical and digital copies of 3DS role-playing game Bravely Default, and while absent from this list, it also said that Wii U’s Donkey Kong Country: Tropical Freeze sold 180,000. The publisher pointed out that in terms of a game selling on an individual platform (rather than combining them like the chart above does), Bravely Default and Donkey Kong were the No. 2 and No. 4 best-selling games of the month.

Finally, as usual, Minecraft continues to make the top 10. It may never stop selling unless we enter some sort of scenario where people stop making new children. Also, based on Nintendo’s info, Minecraft was the top-selling game on any one platform.

Microsoft said it sold 258,000 Xbox Ones. Sony sold more, but it did not specify a number.

So Sony sold more units, but Xbox One made more money. Expect each company to come out bragging about how they won the month.

Most systems were up big from January.

Nintendo confirmed that Donkey Kong helped boost Wii U sales by 25 percent over last year. Based on last year’s estimates, that means Nintendo sold around 100,000 Wii Us.

In February, Xbox One and PlayStation 4 were still coasting on their launch software. Both see major new releases in March with Titanfall for Xbox One and Infamous: Second Son for PlayStation 4. It will be much more telling to see how well these systems perform when people are buying them for the games and not based on launch hype.

We’ll likely have info from Microsoft and Sony soon, and we’ll update this post with any new information.