Last quarter Facebook took in a record $2.5 billion from advertising targeting its billion-plus members. That’s probably in part because buying ads on Facebook is an incredibly easy thing: Hook up a credit card to your account, play with the company’s simple WYSIWYG ad builder, and five minutes later your ads are live on the largest social network the world has ever seen.

But maybe it’s too easy. At least, if you want maximum return for minimum investment. 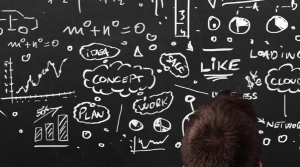 “If there are a billion-plus people, odds are your target market is there,” Dan Slagens, SVP of ad platform Nanigans, told me via email. “The problem is, with so many marketers on Facebook, now the days of ‘low hanging fruit’ are over —  much like we saw with Google Adwords many years ago. Facebook just isn’t that easy if you’re going to be spending budget at scale.”

Nanigans is one of the largest Facebook ad partners on the planet, with over a billion ad impressions a day via Facebook. Like other platforms such as Qwaya, Kenshoo, and AdParlor, the company optimizes Facebook ad campaigns via smart automation.

Recently, however, the company looked at what it would take to optimize Facebook ad campaigns at scale by hand. The results weren’t pretty.

“You would need 7.95 marketers working 8 hours per day in order to make the necessary optimizations to run a successful e-commerce campaign on Facebook,” Nanigans says.

That may sound crazy, but we’re talking about really large campaigns — customers who are spending at least $75,000 a month on Facebook ads. Those campaigns likely include dozens if not hundreds of ad variations. For those customers, Nanigans says, optimizing campaigns would require 16,000 adjustments daily.

Which, if you buy what Nanigans is saying, means that marketers have four complex things to do, every five minutes … if they want to make the most of their Facebook ad budget.

“The changes are what you’d expect your marketing manager to be doing: assessing marketing conditions, analyzing performance, optimizing bids, and reallocating budget,” Slagens said. “The nuance here with Facebook is the frequency of optimizations marketers need to make. We suggest that marketers do those four things literally every five minutes.”

The problem is that for a large campaign it takes an average of 13.25 minutes, even for an expert, to do all those things — even on a relatively small campaign. Which, of course, is why the new reality of real-time bidding platforms and automated nanosecond-level updates to digital ad campaigns is overtaking the traditional in-person buying and optimizing process.

“For marketers that have dipped their toe in the water with Facebook or have unsuccessfully spent budget on Facebook, this is the reason why,” Slagens told me.

Here’s an example of the kind of adjustments Nanigans recommends on a higher-volume international campaign:

The same effort would require the labor of 25 full-time marketers, Nanigans says.

You could, of course, simply not make that many optimizations to your campaigns, which is a valid option. The risk, however — especially at scale — is that if you don’t automate, you’ll pay too much. And, likely, pay more than your competitors.

It will cost you, of course.

Working with a Facebook ad management company will typically cost five to seven percent right on top of your ad budget, which means that a campaign with a $100,000 spend will typically have a $5-7,000 management cost. For that investment, Nanigans says, you can expect anywhere from a 2:1 to a 10:1 return. But part of the return is simply the ability to manage digital advertising at scale.

“We see brands that want to go from $20,000 a month in spend to $100,000 and they just literally can’t do it without automation, with all the targeting/creative testing,” Slagen told me.