Game Insight is a private mobile game developer and publisher based in Moscow. Led by chief executive Alisa Chumachenko, the company has quietly grown into a powerhouse of the industry as its games take off in Russia and around the globe. 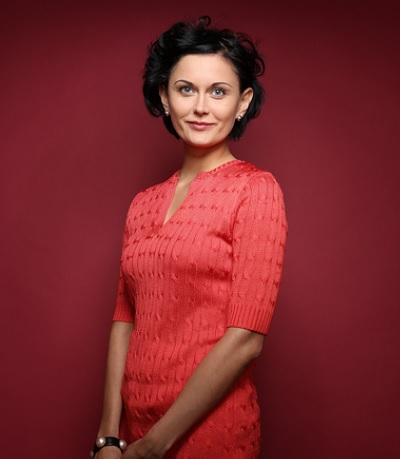 The company isn’t as well known in the U.S., but today it is making a little noise. Chumachenko revealed in an interview with GamesBeat that the company’s games have both high numbers of users and sizable gross revenues too.

Those aren’t as big as King’s Candy Crush Saga, but it’s nothing to sneeze at. From just five games, Game Insight has generated 157 million users and $171 million in revenue. Many of the company’s games are casual titles that appeal to both men and women, and lots of them aren’t big hits.

Game Insight is one of the game companies that tries a lot of things to see what sticks. But more recently ithas been creating mid-core games, or those that appeal to hardcore games but with short play sessions, such as Tank Domination.

Here’s an edited transcript of our interview with Chumachenko.

GamesBeat: I got a good look at the numbers that you’ve done on the different games. I was surprised to see you sharing the revenue numbers. I understand that you don’t have to share those numbers, so why did you decide to make them public?

Alisa Chumachenko: Not for any special reason. It’s good for our industry, and especially in the industry of free-to-play and freemium games. The sector’s growing very well. Sharing our numbers on our successful titles contributes to that.

As we’ve said before, free-to-play and freemium games aren’t products. They’re services. How you operate those services is very important: making every attempt to make that service better, adding as much new content as you’re able to.The better you operate then the better you perform. So those numbers aren’t the end of things. We’re continuing to make very good revenue on these titles, on Mystery Manor and others.

GamesBeat: If I look at Mystery Manor or Paradise Island, I can find maybe 20 other games on the app stores that seem similar to them. Yet you’ve been able to take those games and make them into something that’s very big, with tens of millions of users. What do you think is involved in standing out from all those other games? 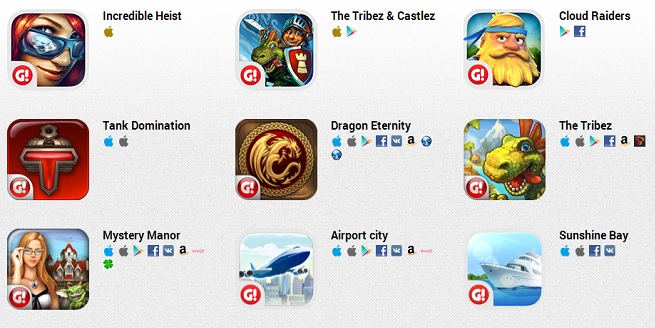 Chumachenko: The answer might be too simple, but we’re always trying to raise the quality of our productions. We invest a lot. We learn every day about how to make a good game. We play everything that’s out there. That might be why we’re more successful than other games in the same genres or using the same mechanics.

Our games monetize very well because our teams have great experience in free-to-play. I’ve been around for 10 years learning the basic mechanics of monetization. We also experiment a lot. We think a great deal about how to make our gameplay more interesting, to make the retention better. We work hard to produce the best games.

GamesBeat: To refresh our readers’ memory, can you talk about how you got started and how the company is structured, with all the studios?

Chumachenko: We founded Game Insight in 2010. We started as a social developer, making games for Russian social networks. Later on, we started launching our games outside of Russia, because we never wanted to be a strictly local company. We wanted to go global from the beginning.

We launched our games on a lot of different social platforms, and in 2011 we launched our first mobile title, Paradise Island. It was one of the first freemium titles on the Android platform. We saw that the mobile market is very important, and we continued to launch a lot of mobile titles after that.

The idea behind Game Insight was always to create a fabric of good quality games, and to launch as many of them as we can. We have a special structure that makes this possible. We start with a holding company, which handles the business side of Game Insight. Then, we separate production into a number of different studios, which are now 100 percent owned by Game Insight. We have around 1,000 people right now, most of them in production. They’re all employees of Game Insight, but the studios are separate, self-branded business units. That’s how we keep creativity high. That structure allows us to make different kinds of games.

A lot of developers work in one big space, but I don’t think that makes them more productive than having them in different studios. For example, we can keep a studio that’s made hit hidden object games focused on making those kinds of games, and then open a new studio to focus on something like a mid-core or hardcore game. It’s easy to experiment with new franchises. 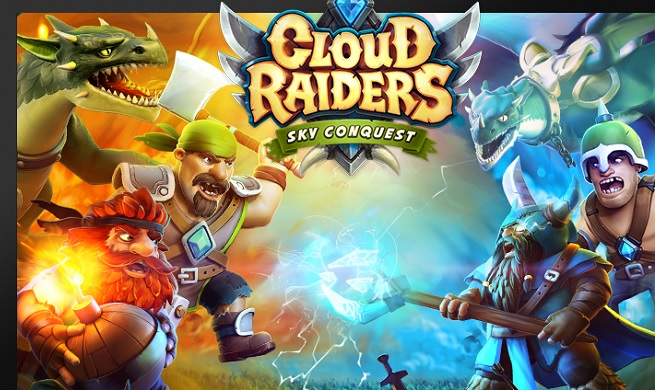 GamesBeat: You started the company with five women and a lot of women are still executives. That’s turned out to be pretty rare in the games business, even in mobile games. What’s your perspective on that?

Chumachenko: Just today, I asked our HR division how many women we have in the company. It’s more than 30 percent, including a lot of women in production. It’s a good thing, especially for casual titles.

GamesBeat: You’ve probably watched with some interest during the rise of Supercell and Gung Ho and King. What’s a good strategy for matching the achievements of those companies?

Chumachenko: Everyone’s waiting to see what happens when King goes public, yeah. I think we all hope that the IPO will be successful. It’ll be good for the whole games industry.

King is a great example as far as the cross-platform experience they brought to the industry. It’s a massive casual title for everyone across multiple platforms. You can play from any device and continue your progress. Sometimes there are new trends in the industry that are pushed by big corporate players, but this is a great of example of users are pushing the trends. Platforms like Apple, Google, Amazon, they may very well not like this trend, because they would probably prefer more exclusive content on their platforms and more revenue coming through their channels. They’d rather that users focus on their own platforms. But users want this cross-platform experience. It’s amazing how a company like King understood that and was able to combine that experience with a really good game and have such a great success.

We’ll see what the big platforms do in relation to this push for more cross-platform experiences and how that affects the market. Behind that, I think the idea is, we’re entering a new sort of circle of the market. Now we’re in the content circle. Content has started to matter more for the whole industry.

The market is very young, and it’s changing every day. It’s affected by the moves of the big players and the big platforms — they can change the rules every week — and because of that you need to be very tactical. You need to listen closely to the market. These successful companies not only have good games, but they also were very sensible and open to what’s happening around them in the market. We’re trying to listen carefully as well and match that success.

GamesBeat: HTML5 seems to have become the tool to do that with.

Chumachenko: Yeah, the technology behind that is very important. You can also see that in what Unity is doing with Facebook. 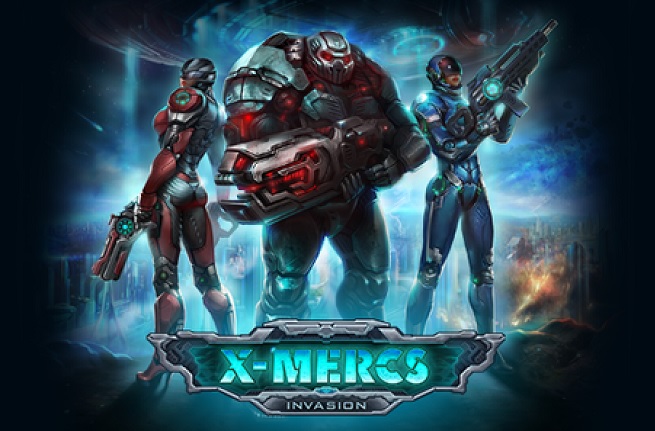 GamesBeat: Are you investing in HTML5 games yourselves?

Chumachenko: No, we still don’t think the technology is strong enough to produce games at our level of quality. We do produce cross-platform titles based on Unity, though. In a few years I think HTML5 is going to be much stronger, but it’s not for serious games yet.

GamesBeat: Are you looking toward producing games on mobile messaging services, like WhatsApp?

Chumachenko: We’re open to any new platform. We’re in the content business, and we can bring our content to any platform that will have us. The messaging networks are a big new trend, and if they’re moving into hosting content, we definitely want to be among the first to go there. But many other opportunities are also interesting.

GamesBeat: How do you decide between what kind of games your developers want to build and what you choose to spend your resources on? How do you decide what direction you want everyone to move in? One of the directions you guys have moved into more recently is mid-core games, right?

When the time comes for a new developer to put a game in the pre-production cycle, we start to brainstorm and work together with them to decide what kind of title it should be. We start from gameplay. Based on our own productions of what the market wants—We have a team of people working on this process. We have producers, a chief producer, myself, my partners who are responsible for game development, just a group of creative people. Then we decide what kind of gameplay we’d like to see on the market next.

Let’s say it’s going to be a runner, or a new level of city-builder. Once we decide what kind of game mechanics we want, then we decide on a setting we’d like to present that mechanic in. It might be a fantasy runner, or science fiction. After we decide that, the creative department works with the production team to get a first conception of the game. Then we greenlight production.

It isn’t a very creative process at this stage, I would say. It’s based more on analytics. But creativity comes in after that, once we’ve decided what kind of game we want to make. Everyone in this company has a game of their dreams. Sometimes someone will try to push that game into production, and sometimes that happens.