The heavily armored mechanical “suits” known as Titans are the main attraction of Titanfall. As cool as they are, we can’t help wondering how mechs from other popular video games would look in the world of Respawn‘s first-person shooter.

Take, for example, Metal Gear REX [above] from the Metal Gear Solid series. How awesome would it be to stomp on puny pilots, like Liquid Snake did to Gray Fox, and hunt down Titans using REX’s rail gun and anti-tank missiles?

Check out the following images to see other gaming mechs duke it out with Titans. Click the pictures to view them at a larger size. 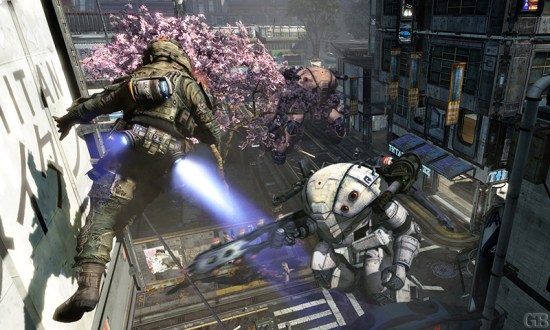 Snow Pirates on E.D.N. III use PTX-40A (white) and PTX-140 (brown) Vital Suits to fend off giant monsters on a daily basis, so dealing with Titans and their tricky pilots should be no problem.