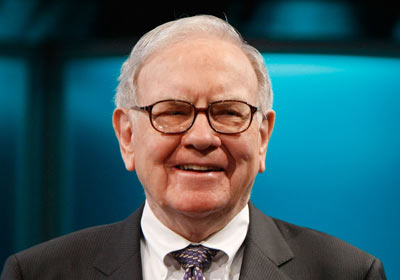 The financial wizard was crystal-clear Friday about his feelings toward the virtual currency. “Stay away from it,” he told CNBC on Squawk Box. “It’s a mirage, basically.”

Part of the mirage, he indicated, is that Bitcoins are simply a transmittal medium. “It’s a very fast money order, anonymously.”

Buffett added that “the idea that it has some huge intrinsic value is just a joke in my view.”

His comments got a quick retort from another legendary financier, programmer-turned-venture capitalist Marc Andreessen, who tweeted Friday afternoon: “Warren has gone out of his way for decades to avoid understanding new technology. Not a surprising result.”

David Nelson, the chief strategist for investment firm Belpoint, told VentureBeat that he basically agreed with both financial wizards.

Buffett “has only invested in one tech stock ever, and it was IBM, probably the worst stock in the S&P 500,” he said, echoing Andreessen.

But Nelson also sounded as wary of Bitcoins as Buffett is. “I was kind of getting excited about it,” he said, “but then, when it was clear it was hackable, it became a no-go.”

Nelson said he wouldn’t “put any real money into it” and added that he would “tell investors to stay away.”

All of this raises questions about whether Bitcoin is accurately described as a virtual currency or whether it would be more appropriately labeled as a speculative investment. Nelson described it as “an ultraspeculative currency” that is, in some ways, like gold.

The Bank of England agrees with the gold comparison. In a recent article on “Money in the modern economy,” it said:

Perhaps it’s time for a rebranding. Bitgold, anyone?