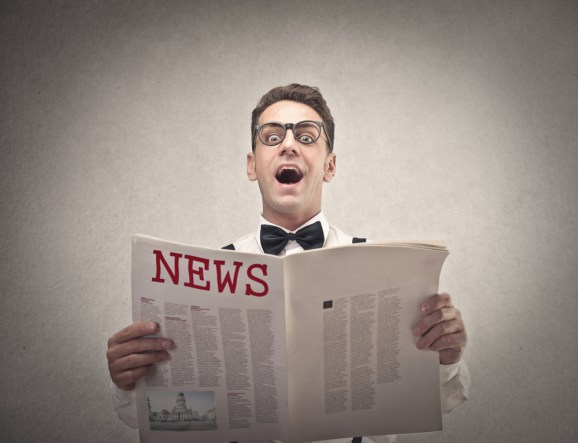 We know how busy life gets, so don’t worry, we forgive you if you didn’t read every awesome piece of content on VentureBeat this week. But these four stories — well, these four should not be missed.

VentureBeat’s crack news team cranked out these gems this week, which span topics from Node’s mind-melting new release and USC’s prolific video game students to 23andMe’s prospects and the future of surgery. Check them out below, and view more of VentureBeat’s best content here.

This Stanford surgeon shows us the future of medicine: Augmented reality & Google Glass

With his Google Glass, Stanford University physician Dr. Homero Rivas pinpoints a target on the skin of an anatomical human model.

The surgeon and his assistant then direct their Glass at the target to reveal an augmented reality display on their screens. To their eyes, looking through the Glass, they can see the procedure illustrated step by step with images superimposed over the skin of the model.

“You don’t need to go in blind anymore,” said Dr. Rivas in an interview with VentureBeat following the demonstration.

For years, developers from SOMA to Seoul have been begging their bosses to adopt Node.js, a server-side JavaScript framework that enables them to write apps easily and run them at high speed. Soon devs will have a stronger case to make.

The 0.12 release of the open-source project is coming up really soon, newly appointed project lead and core contributor TJ Fontaine said in an interview with VentureBeat.

The upcoming 0.12 release “is important for technical reasons, but also for maturity aspects,” Fontaine said.

23andMe CEO: ‘We need to return to delivering health information’

23andMe‘s chief executive Anne Wojcicki kicks off her stilettos and sinks into a couch.

Minutes into our interview, it’s clear that Wojcicki is exhausted. After months of relative radio silence, she’s back in the game with a keynote at Austin’s tech festival, South by South West Interactive, and a grueling schedule of press interviews. And her shoes don’t fit.

But busy schedule (and aching toes) aside, Wojcicki is optimistic about her company’s future prospects. Until recently, she was the well-respected leader of a revolutionary Google-backed startup selling an affordable DNA test directly to consumers. The company claimed on its website that it was “saving lives” by delivering clinical insights, such as your risk of developing breast cancer or Parkinson’s Disease.

That all changed in November of 2013, when the Food and Drug Administration (FDA) demanded in a very public manner that the company stop selling and marketing its $99 testing kit due to concerns about the clinical and analytical validity of the product. A media firestorm ensued, with 23andMe ultimately backing down. The company is no longer delivering these health insights to consumers, but those who order the test can still receive ancestry information and raw data.

VentureBeat caught up with Wojcicki for a one-on-one shortly after her keynote at SXSW, where she spoke about one of her preferred topics, the dawn of “personalized medicine.” Surrounded by a few key staff members at an apartment in downtown Austin, she answered our questions (with a refreshing honesty) about what really happened with the FDA, and her plans for the future.

Mike Zyda, a professor at USC Viterbi School of Engineering’s computer science department and director of the GamePipe Laboratory at USC Games, has counted the number of games that have been shipped by alumni from USC’s game program. So far, it’s more than 790 million units.