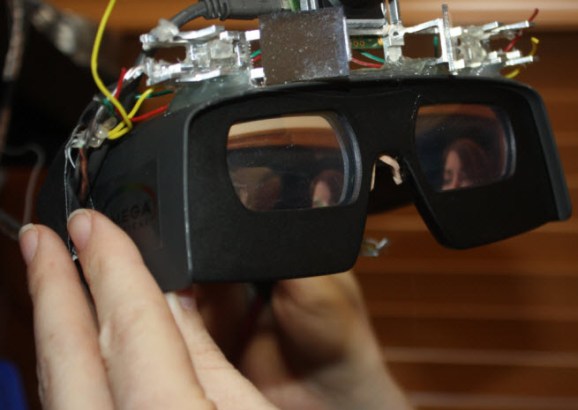 A group of game and tech companies have created the Immersive Technology Alliance, a nonprofit group to build games for augmented reality, virtual reality, 3D, and gesture controls.

But the group won’t have one of the highest-profile virtual reality companies: Oculus VR, which has raised $75 million to build virtual reality goggles. The group formerly known as the S3DGA is expected to be unveiled this on Tuesday at the Game Developers Conference in San Francisco.

“There was confusion on March 13 about whether Oculus was a member of the Immersive Technology Alliance,” said an Oculus spokesman in a statement. “We’ve spoken with the ITA’s leadership and clarified that we are not, and have not been, a member of the group. We appreciate the ITA moving so quickly to correct their website and media to reflect this.”

We confirmed that members of the alliance include Technical Illusions, maker of the CastAR augmented-reality gaming solution, and Avegant, maker of the Glyph virtual retinal display headset. Engadget reported the existence of the group on Friday.

It’s not clear why Oculus dropped out, as it was in the alliance earlier, said Neil Schneider, executive director of the ITA.

“Oculus was a paying member in the non-profit alliance, (Oculus founder) Palmer Luckey had been involved in a private advisory capacity to help transition S3DGA to the newly named ITA (with others from other member companies), and their logo was on the site without question until yesterday,” Schneider said in an email on Sunday. “They were also informed of the GDC ITA meeting and invited to speak; though we were advised they couldn’t do it because of a scheduling conflict, and would try to attend if time permitted. We got our first official notification of them leaving the alliance late in the evening on March 15th. We have since removed Oculus’ logos from The ITA website. We’d welcome Oculus’ membership as we would anyone else’s — and they are encouraged to revisit this when they are ready.”

In the meantime, he said, the ITA has a growing list of members and an “industry to help build and foster.”

Sony is also rumored to be working on its own virtual reality technology for the PlayStation 4, and it may announce that product at an event on Tuesday evening.