Ten years after the app’s Windows debut, Microsoft is finally launching OneNote, its note-gathering service, on the Mac. Best of all, the app is now free for all users.

In a move that clearly amps up competition with similar note taking app Evernote, OneNote’s expansion also marks the debut of a developer API. That API, according to Microsoft’s official announcement, enables “any application to connect to it.” It’s noteworthy that Evernote also offers a developer API and has invested in the development of third-party applications lately.

Microsoft’s move to bring OneNote to the Mac is certainly welcome — OneNote fans, however few and far between, are often die-hard supporters of the app. 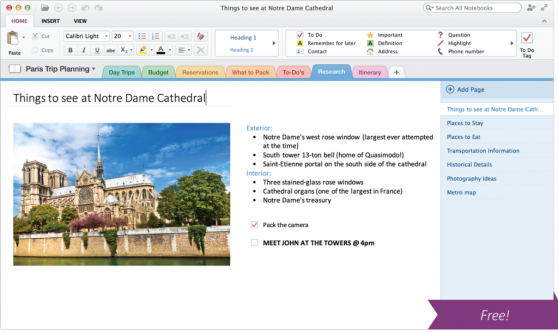