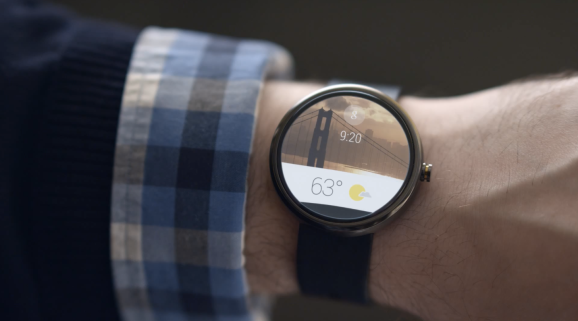 Google says Android Wear devices will launch “later this year” and claims to be working with “Asus, HTC, LG, Motorola, and Samsung” on devices. Interestingly, Google announced that “fashion brands like the Fossil Group” will release “watches powered by Android Wear” in 2014. In other words, this project is quite mature.

At the forefront of the Android Wear project, Google claims, is “a user experience is designed specifically for wearables.” Like Android phones, Google is preparing for a wide variety of watch faces [pictured below] — from round to square.

This news follows days after Sundar Pichai, Google’s senior vice president of Android, teased the launch of a wearables SDK at SXSW. Currently, Android Wear is only available in the form of a developer preview.

This is certainly not the first time a company has tried to bring Android to smartwatches. Most famously, Samsung debuted its Galaxy Gear last year — a device which flopped and was followed up by the Gear 2 six months later. Other early entrants include the Neptune Pine.

Despite being late, Google’s move holds significant weight; as the developer of Android, this is a major signal to manufacturers and competing platforms.