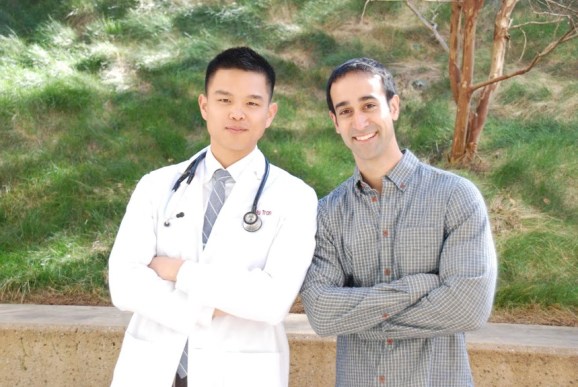 The day when your doctor wears smart glasses while examining you just got a little closer.

San Francisco-based wearable-tech startup Augmedix has secured $3.2 million in funding from DCM and Emergence Capital Partners, just under a year after graduating from the Rock Health accelerator program.

Augmedix is building clinical applications for Google Glass. The startup is working with doctors across the country to introduce them to Glass, which is available to select developers for some $1,200.

For medical professionals, the benefits of these futuristic specs are fairly obvious: The device is nearly hands-free, so it’s easy to use it unobtrusively during an in-person meeting, and physicians can easily access more information about a new drug or the patient’s medical history. Doctors can also use the device to take photos or record video footage of a surgery or consultation.

According to Augmedix chief executive Ian Shakil, patients seem comfortable with their doctors wearing Google Glass. The company has tested Glass at hospitals and clinics across the country, and found that only about one percent of patients requested that their doctor remove the device.

In an interview earlier this week, Shakil wouldn’t share specifics about his plans for Augmedix. But he did say that the goal is to help doctors more easily retrieve and input information into an electronic health record.

“Doctors spend a third of their day inside EHRs,” said Shakil, referring to the laptop- or tablet-based electronic health record systems used by many hospitals and doctors’ offices. “This is preventing them from having organic conversations with their patients.”

Going forward, the focus for the team is to secure deals with the major EHR providers, such as Practice Fusion, Epic, and Cerner. Shakil said Augmedix has already scored some partnerships, but he’s not ready to announce that yet. He also claims that Augmedix is active in six medical facilities, including a “top five national health system.”

The technical team is currently building machine learning software that can generate notes and structured data while a doctor is conversing with a patient. Glass, enabled by the Augmedix app, automatically detects the most important parts of a discussion, and inputs the relevant information directly into a patient’s medical record.

Shakil decribes the experience as “Siri-like,” as doctors can also vocalize a request for more information (“Okay Glass, tell me this patient’s past three blood pressure results”) rather than checking a computer.

Augmedix has come a long way in the past few years (it was founded in 2012 after Shakil graduated from the Stanford Business School). The startup has grown to 36 employees, and is based in downtown San Francisco.