Today the company brought out in public beta a new service for letting business analysts type in standard commands in the SQL query language to ask questions about how people are using software.

The new service, called Insights, builds on New Relic’s popular software for showing developers how their applications are behaving and revealing where issues lie. At the same time, it’s a jump for the company, which could be a challenge in the short term but could also provide a much larger market for New Relic to work in.

“If we can do this, that’s like — one of a handful of companies that can do that,” founder and chief executive Lew Cirne said in an interview with VentureBeat. “If we can execute on it, New Relic is a very important company.”

Lots of other software companies see opportunities in the wide world of data analysis. Fast-growing companies like Cloudera, Domo, and MongoDB have been taking on super-duper funding rounds to get the infrastructure in place to handle many kinds of data. Tech giants like IBM see a way forward with data analytics, too.

For better or worse, New Relic is approaching data analytics from a different angle. It’s less about entering a crowded market and more about trying to solve an internal problem.

See, Cirne founded the company in 2008 after just trying to learn how to use the Ruby on Rails framework. New Relic has since become a common piece of infrastructure for developers, letting them check to see if their applications are running right. The company claims to have 80,000 active accounts and more than 9,000 paying customers.

In late 2012, a similar dynamic was in play. New Relic needed to learn more about its own users.

Cirne wrestled with the problem, and then it occurred to him: Create a whole new system.

He first showed off the results of his tinkering in October, at New Relic’s first-ever developer conference, FutureStack. 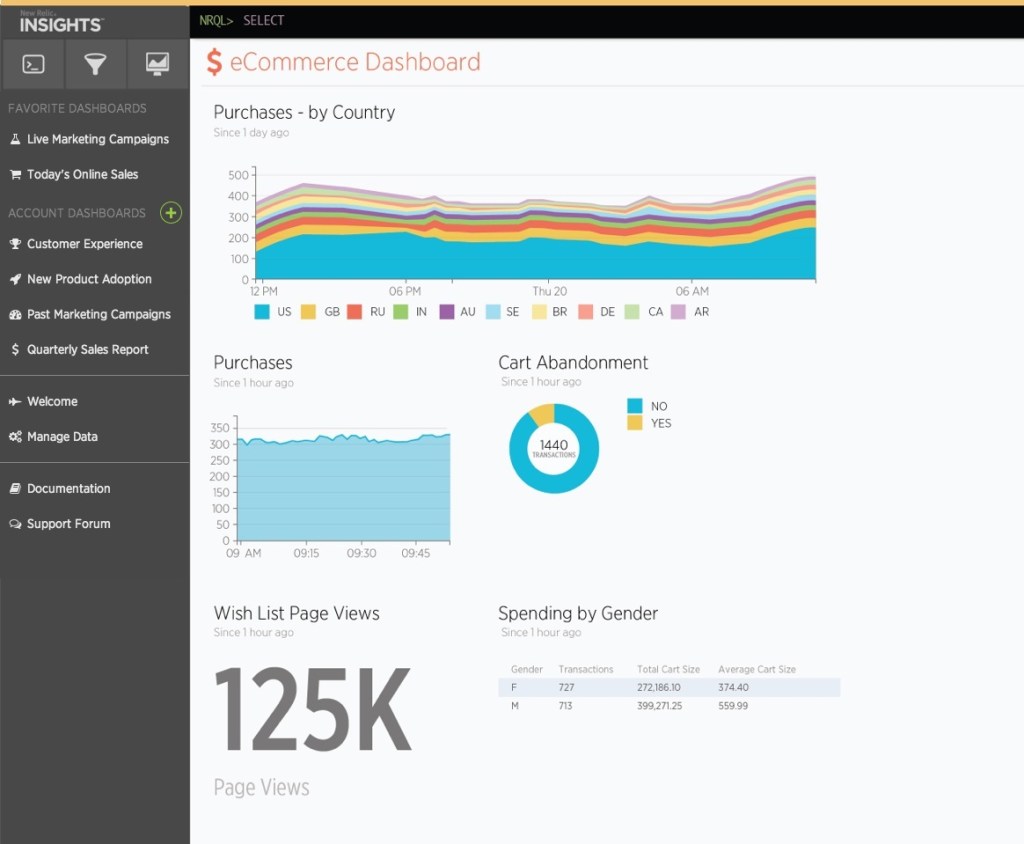 Above: A New Relic Insights dashboard.

All this time, Insights has been in private beta, which more than 200 customers took part in, Cirne said. Now companies can sign up to use it free of charge, as long as they don’t go beyond 1 billion events, Cirne said. An event could be as simple as one person’s visit to one website.

And the new service even has a web-based mobile app, which Cirne just had to pull up while VentureBeat was over at New Relic for a demo of Insights recently.

New Relic believes Insights could be useful for marketing managers interested in measuring the effects of multiple campaigns, salespeople who want to ensure free trial users get the best possible experience, product managers eager to find out if people are using the latest new feature, and executives who want answers to many questions fast.

One nice thing about Insights: The data analysis happens automatically within New Relic. Companies don’t need to construct a pipeline to send data out of New Relic, into a data warehouse or Hadoop cluster, and then into a business-intelligence tool. The analysis happens and the results are displayed right inside New Relic, so you never have to leave, or take the time for those additional processes.

It helps that New Relic already collects tons of information for application-performance management.

Indeed, people who start using Insights today will already have data pre-loaded for querying. And that means you could discover some trends and anomalies in short order. You don’t have to wait weeks to collect a sizable data set because New Relic has already done that.

But even if New Relic might be strategically positioned well to enter data-analytics territory, challenges could lie ahead as the company drives in that direction.

At least at this point, New Relic isn’t becoming that spread out, but it is making a big leap. While developers rely on New Relic’s core application-performance management product, Insights targets people seeking, well, insights into their businesses.

Unlike point-and-click or natural-language data-analytics software from some other vendors, New Relic’s Insights requires people to type in specific SQL statements. And not everyone in a company will have those skills off the bat, which could constrain widespread usage upon Insight’s implementation.

“It’s a similar level of challenge as writing Excel macros,” Cirne said. “And this is the thing: The workforce is getting more and more data-comfortable, and so it’s not that everybody in the world has to be a data scientist. There’s no room for art anymore. But people are increasingly analytical, and I think over time this is going to be used by more people.” 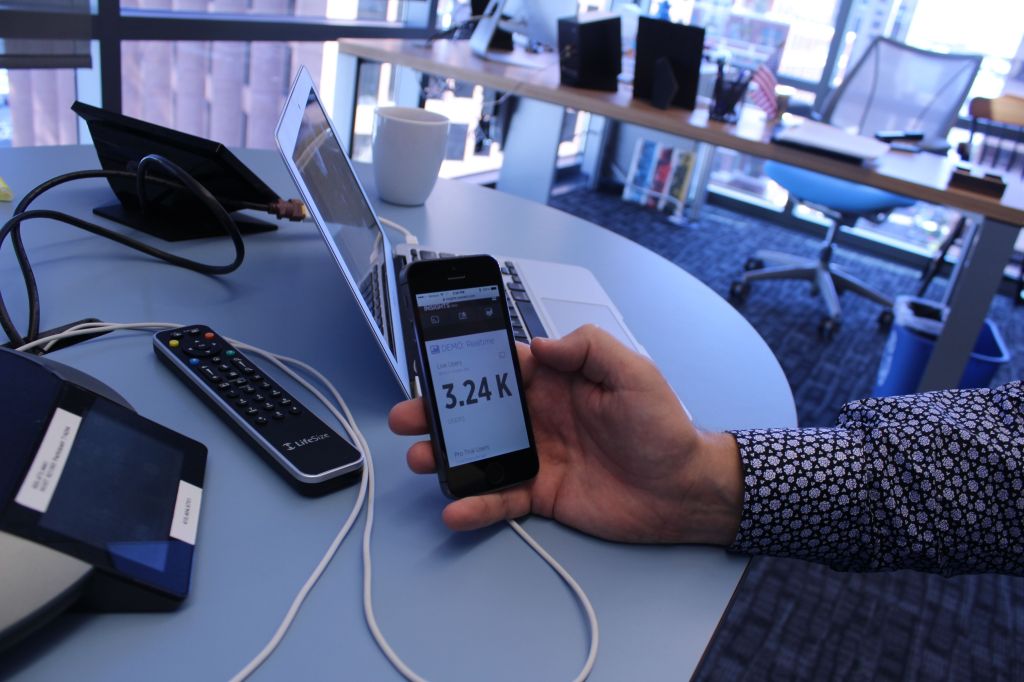 Above: Using the New Relic Insights web app, Cirne checks how many people are looking at a website right at that moment.

Developers would rather not have to enter one string of SQL statements after another to observe changes in page-view activity over different periods of time. They’ll want to offload the work to the person asking for such information.

But Cirne — who founded Wily Technology and sold it to CA in 2006 — doesn’t think that offloading will end in a business-analyst meltdown.

“What happens is — and this literally happens at New Relic — my business-development guy wanted to know which partnerships had the highest growth, and I used Insights to show it. He’s an English major, but after I showed it the second time, he’s like, ‘Give me the keyboard.’ Now he writes his own queries and has his own dashboards.”

Still, New Relic might have to spend tall piles of money on sales and marketing in order to make people think of the company as a data player now and not only as a developer tool.

A handsome supply of new financing from an initial public offering could come in handy as the company runs that play. And New Relic happens to be in a position to go public this year.

Cirne acknowledges that Insights might not bring in huge revenues in the next quarter. But that could come in time. And it could be the first of many big directional changes.

“I want to create a company that does one of these every five years,” he said.