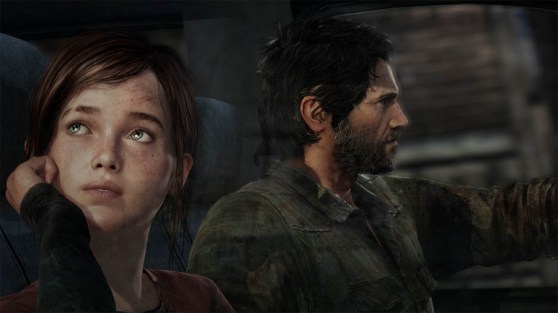 Above: The Last of Us from Sony’s Naughty Dog delivered an outstanding dramatic game experience.

GamesBeat: Gaming had some things to celebrate this year as well, like the kind of characters that came out. The Walking Dead showed that heroes don’t have to be white people. We saw prominent women in games like The Last of Us. On that front, do you perceive progress being made?

Edwards: I think so. When you see games like these, that obviously showed that diversity can work in a game. It doesn’t have to be seen as a threat to normal revenue streams, for lack of a better way of putting it. What they’re showing is that if you have a compelling game — a compelling story, compelling gameplay – the character choices you’re making aren’t necessarily going to be a detriment to the game. They could be a strength.

Especially, again, going back to the whole issue of gamer demographics. You would think that most companies would want to appeal to a broader demographic — to the 40-something percent of the market who are women, for example. That’s a lot of people. You create stronger women characters and characters of color in your games, ultimately you’re just making a game that’s potentially that much more appealing to people.

From what we’ve seen with sales and reactions – both critically and financially – it doesn’t seem to have affected a game’s ability to sell, even to what you might call a typical demographic. They seem to enjoy it regardless. Last year, we’ve seen some good, promising trends. I’m just hoping to see more games coming out that are going to get a clue. It’s okay to do this. It’s not that scary.

GamesBeat: The discussion is a little more interesting, too. The developers of The Last of Us felt proud of what they’d accomplished with their characters, but they also received some criticism because it still fit a stereotypical mode of a big burly guy having to go and rescue a young girl.

Edwards: It’s hard. The thing a lot of people have to realize is that you’re always going to have a certain threat of stereotype. Even if you are the person writing the story, creating the game—You say, “That’s what I want. It’s not because I’m trying to perpetuate a stereotype. It’s just that for this particular scenario, these are the characters I want to have involved.” As the creative person, they’re just like, “That’s what I think is going to work.”

There might be other cases where they could have a strong woman with a younger boy, to reverse that particular scenario. Would it have worked as well for The Last of Us? I don’t know. It might have. It’s okay for creators to have creative choice. They should have creative choice. I don’t think it’s necessarily evoking a stereotype if they’ve made a creative choice that they — they still made a lot of great choices in the game, in terms of character development and the types of characters they included in the game. 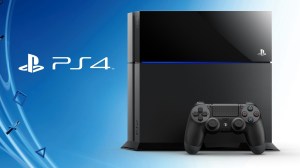 GamesBeat: Do you feel some satisfaction with the industry now or some angst? There’s always the angst of console companies shifting to mobile, because of their fears about the console business.

Edwards: My sense is that, especially talking with a lot of IGDA chapters and members throughout the year—there’s certainly angst, because our industry is still evolving. Sometimes, with some radical upheaval—prior to the PS4 launch announcement last year, I remember a lot of people saying consoles were totally dead. The console era is over. No less than 24 hours after the PS4 announcement, people were like, “It’s a new era of consoles!”

That kind of volatility is still going to be around a while. This industry is still trying to find its way, not only technologically, but in so many other ways. It’s still quite young. People need to still be conscious of the fact that we are in an industry that’s evolving quickly. It’s technology-dependent, which means it will change no matter what. We have to be willing to recognize that that’s the industry we’re in. The model is going to change.

GamesBeat: Even as they worry about these things, is it still important for them to discuss these other issues of advocacy?

There’s also the external perception of what games are, and what they should or should not be, by people who don’t play games or don’t quite understand our medium. Those things are still going to be around.

GamesBeat: Do we know whether the industry is expanding or not? Is that something you want to find out from these surveys?

Edwards: From the developer’s perspective, yes, that’s part of what we want to find out through our surveys, to get a sense of if they perceive that it’s changing or expanding. We have questions in the survey about growth. We know from various industry reports, like the Price Waterhouse Coopers one that comes out every year—they still show an average growth rate of about seven percent, year over year, on a global basis.

We are going to continue to see growth. The difference is that a lot of that growth, as one may expect, is going to be in emerging markets. The latest PWC report showed that they’re expecting double-digit growth in places like Kenya, Nigeria, Vietnam. Russia, they said, is going to be the eighth-largest market by 2017. A lot of companies are thinking more about Russian localization, even though there are challenges with piracy and other issues there. We’re still going to grow, but people need to rethink how they want to grow, and where. 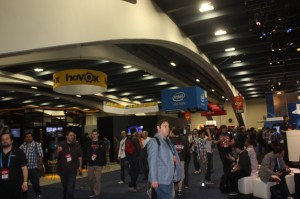 GamesBeat: Is the membership changing along with that? Are you getting more members overseas?

Edwards: We are. We’re slowly shifting. We still have a North American-heavy membership, because that’s where the IGDA started. Since I’ve been around, the past 15 months, we’ve seen more memberships coming in overseas. I expect that to continue. We’ve had a lot of chapter creation activity over the last year, really exciting stuff.

We’ve had a very strong chapter in Finland. I was in Estonia last April to help launch the Estonian chapter, which is right across the bay in Tallinn. They wanted to start because they saw what was happening across the gulf in Finland. They got really excited about it. Then, over the past few months, Georgia has started an IGDA chapter because they saw what was happening in Estonia. We’ve had this ripple effect. It’s very exciting.

GamesBeat: Do you see disruption among the membership in some other countries, places where we’ve seen social upheaval?

Edwards: To some degree. We don’t have a ton of members in Ukraine or Venezuela. But one good example is Egypt, when they went through their recent political upheaval. We did have a chapter for a while, and then it faded, which happens sometimes, just because they’re volunteers. They might move to another country or something. But we restarted our IGDA Egypt chapter last year. We had a group of people come to us and say, “We want to get back on track and get moving again with a chapter,” despite the fact that the country still has a lot of challenges. I thought that was really cool. They see that, at least among the game development community, starting an IGDA chapter is a positive way to come together, be proud of what they’re doing, and start working together to get the industry going.

GamesBeat: Is there anything else you’re looking forward to here at GDC?

Edwards: I’m definitely looking forward to the advocacy track talks, being on the advisory committee. We have our SIG meetings. We have our advocacy training on Thursday. That’s where I’ll spend most of my time. I’ll be busy.