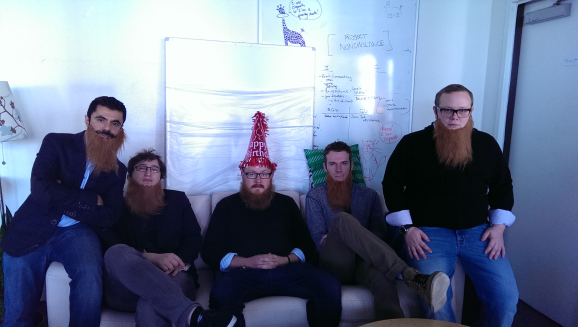 That’s according to Gigwalk chief executive Bob Bahramipour, whose San Francisco-based software enterprise startup pulled in $10 million in venture funding today in a Series B round led by investors including Nokia Growth Partners and Randstad Holdings.

Gigwalk’s software applications enables clients like Frito-Lay and 7-Eleven access to an on-demand network of half a million so-called “Gigwalkers.” These folk perform what Bahramipour called “visibility” tasks to monitor and ensure that direct marketing and promotion campaigns for big brand and other customers are being executed properly.

If, say, a beverage company is launching a national brand campaign in big chain grocery stores, Gigwalkers move to the locations through the Gigwalk geolocation app to see for themselves whether the campaign is working. The Gigwalkers then report back with their findings. It is a form of compliance that, to be sure, is highly unusual.

But it’s one that Bahramipour says is working.

“It let’s [clients] see something that is otherwise hidden. It’s connecting tissue to see what they’ve never seen before,” Bahramipour said Thursday from his San Francisco office.

Gigwalkers is the brainchild of Gigwalk’s chief technology officer, Matt Crampton. While the app vectors Gigwalkers to their targets, they make cash by showing up and performing tasks relative to the marketing or promotion campaigns being waged. Gigwalk executives told VentureBeat that their enterprise software, and its application tools, works as a “continuous, massive platform.”

A message pinged to Gigwalker’s could say “Hey, you’re a 5-minute walk from this Kroeger [grocery store],” Bahramipour said. Gigwalk is saying to Gigwalkers: “Make some money from your smart phone.”

Previous investors August Capital and SoftTech also pitched in. Gigwalk has raised a total of $17.7 million since launching in 2011.

Bahramipour, and some other Gigwalker executives, are Yahoo veterans. And the effusive, fast-talking chief says companies are willing to pay money to ensure the millions being spent on oftentimes complex product launches and promotion stunts are well spent. Gigwalk makes money in three different ways, including software subscription fees.

Gigwalk, to varying degrees, faces competition from the enterprise software arena like Oracle and SAP and from other mobile players. But none of them offer the ultimate prize of actual, physical eyes on the prize, compliments of the Gigwalkers themselves.

“We are an ad server for the real world,” Bahramipour said.