SAN FRANCISCO — Adam Orth knows that he made a terrible mistake last April when he tweeted that he didn’t understand the controversy about always-online game consoles. But having rebuilt his career to some extent after the firestorm that followed, he’s rallying the industry against what he terms “Internet toxicity.”

At his Game Developers Conference 2014 talk “Mob Rules,” Orth described the chilling effect of Internet toxicity as “very real and very dangerous,” citing examples such as the attacks on Dong Nyugen following the removal of his game Flappy Bird from the iTunes App Store. He worried aloud that such attacks would continue to escalate into something “awful,” possibly even suicide.

His talk came less than a year after he experienced the wrath of the Internet firsthand when he tweeted, “Sorry, I don’t get the drama around having a ‘always on’ console. Every device now is ‘always on.’ That’s the world we live in.” He concluded his tweet with a #dealwithit hashtag.

The tweet soon went viral, and Orth resigned from his position a few days later. At the height of the controversy, he said that he received nearly 60 negative tweets a minute. Irate people threatened to hack and destroy his finances and wished AIDs and cancer on his family. The reaction convinced Orth to disconnect from social media, fortify the security around his accounts, and even leave town for a few days.

One tweet cost him not only his job at Microsoft but a promising position in Los Angeles. 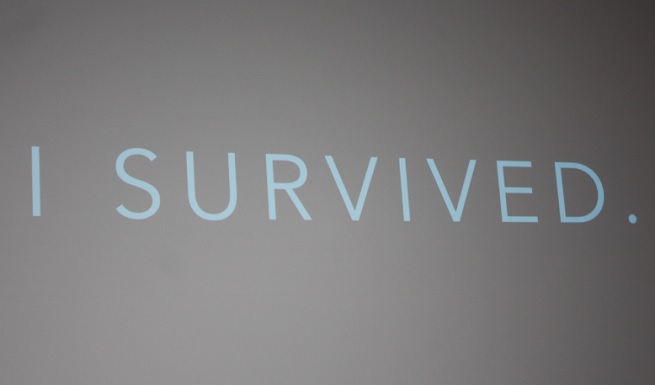 Above: “I survived,” Adam Orth said of the ordeal that threatened both his career and his finances.

“People began to distance themselves from me,” he remembered. “I was dejected, ashamed, and embarrassed. I destroyed my career and feared being blacklisted by the industry. I went from income to no income.”

With the support of other developers, Orth was able to begin anew and start an independent studio, Three One Zero games. He still bears what he says are the scars of his experience, and he worries about the chilling effect on the industry if other developers receive similar treatment. On the condition of anonymity, Orth polled other developers for his talk and posted a few of their comments for the audience.

“Ultimately, it seems like the less they know about your game, the better,” said one developer. Another commented that “I just don’t want to make games for these people anymore.”

Orth called such words “a disturbing narrative thread” that has emerged in the industry. “Developers don’t want to put themselves out there in any form where they take abuse,” he said.

In battling the rise of Internet toxicity, Orth cited a few ideas that he considered positive. They included Riot Games’ Summoner’s Code (a set of behavior guidelines for players of its popular online game League of Legends), punishment Tribunal, and community representatives; game online publication Polygon’s heavily moderated comments; and Microsoft’s efforts to punish bad behavior while rewarding the good.

To the last point, he added a caveat: “I think I support this idea. But it can only succeed with a lot of thought and careful execution,” calling segregating gamers a “slippery slope.” 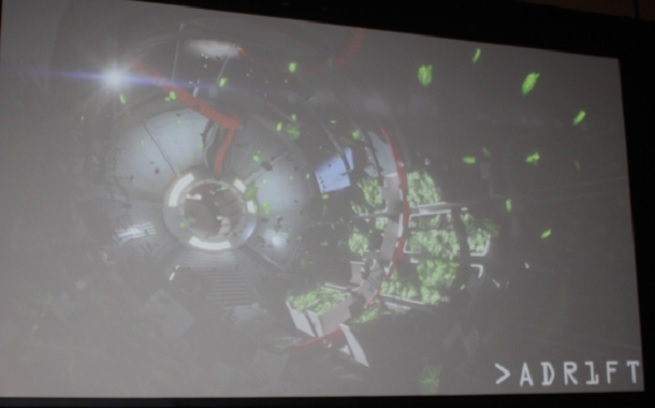 Above: Orth is working on a new gamed called “Adr1ft,” in which players take on the role of an astronaut following a terrible accident.

Orth, meanwhile, is addressing Internet toxicity in his own way. In the past year, he’s started work on a game called Adr!ft, which places players in the role of an astronaut with a damaged suit who has been trapped in space after a terrible accident. The fallout that can come from Internet toxicity as well as interpersonal relationships are some of the game’s major themes.

Orth said he can only do so much though, and he urged attendees to speak out using the hashtag “#getinvolved.”

He finished with advice for other developers: “Be the shining example to inspire others to action. Never forget the joy you get or that you give by illuminating it with video games.”