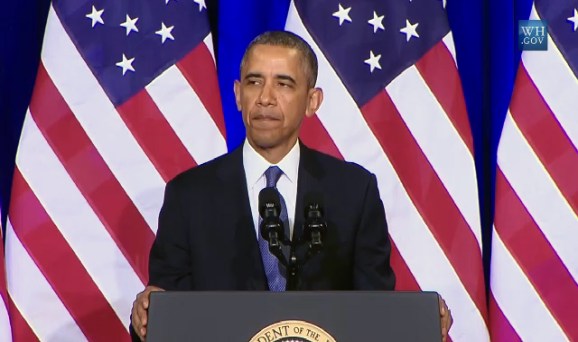 President Obama addressed changes to U.S. government surveillance policies in a speech at the Justice Department on Friday.

The planned meeting comes days after Facebook founder and CEO Mark Zuckerberg took to the social network to express his frustrations with Obama’s progress to reform the government’s surveillance programs, such as the tactics used by the National Security Agency.

“The US government should be the champion for the Internet, not a threat. They need to be much more transparent about what they’re doing, or otherwise people will believe the worst,” Zuckerberg wrote in a Facebook post on March 13. “I’ve called President Obama to express my frustration over the damage the government is creating for all of our future. Unfortunately, it seems like it will take a very long time for true full reform.”

It’s not clear where the meeting will be held. And while the White House didn’t provide a full list of attendee’s for today’s meeting with the President, Politico is reporting that chief execs from Google, Yahoo, Facebook, and many others have been sent invitations. The topic of conversation will likely have something to do with NSA surveillance reform as well as Obama’s plans to create a tech-policy-focused arm within the US commerce department.

This isn’t the first time Obama has met with tech leaders. The last time he called a meeting was back in January just before he addressed the country with recommendations for surveillance reform.