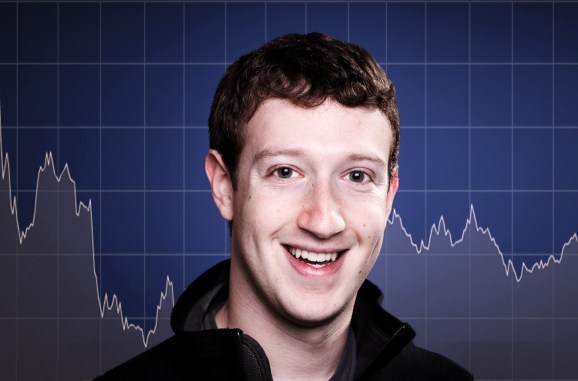 Facebook likes the mobile advertising space. So it’s getting ready to bite off an even bigger piece.

The Menlo Park, Calif. based social media kingpin is growing its in-house mobile analytic capabilities while at the same time working with the company’s roughly 13 mobile ad partners. It’s a two-pronged approach aimed at increasing Facebook’s clout and its access to data.

While Facebook says it doesn’t yet have the capability to totally rely on its own in-house analytics platforms, some say it’s only a matter of time until it cuts out the third parties.

“Advertisers are trying to cut out the middlemen, and mobile advertising is the frontier for this to happen. Facebook and Google are starting to allow advertisers to go directly to them,” said analyst Ray “R” Wang of Constellation Research.

The mobile ad market, and the third-party mobile analytic outfits that help marketers target their ads, is wide open and ripe for the taking. The space grew 105 percent in 2013 to a total of $17.9 billion, and research firm eMarketer expects that tally to grow to over $30 billion by the end of 2014.

Google currently dominates the market, accounting for nearly 50 percent of the mobile ad revenue haul, but Facebook is catching up fast, with 17.5 percent in 2013, rising to 21.7 percent in 2014, eMarketer says.

For its part, Facebook knows the future is mobile: It has over a billion mobile users, according to its latest quarterly earnings report, and more than half of last quarter’s $2.5 billion in revenue comes from mobile ads.

Indeed, Facebook’s platform developers and ad teams are continuing to build out its native marketing and analytic tool platforms — which its ad partners can build from. But Facebook’s capabilities are still smaller than, say Google’s, a Facebook source told VentureBeat.

And don’t count out Apple. While its iAd platform (for advertising on mobile devices and iTunes) doesn’t even show up on eMarketer’s list of top mobile advertising platforms, Apple may be making some moves of its own to enhance iAd’s data-reporting capabilities.

But in addition to the giants, the mobile advertising market includes a bewildering variety of companies doing analytics, retargeting, demand-side platforms, and a variety of brokers and resellers, just to name a few.

The number of startups serving the mobile analytics space will likely shrink, analysts said, as companies like Facebook and Google either absorb them or jettison them in favor of their own proprietary analytics tools, analysts said.

For Facebook and others to cut out the third-party partners, either through acquisitions or discarding them, makes total sense in the long run, a well-placed source in the ad industry told VentureBeat Friday.

“Facebook does their own (analytics) attribution separately, they do not have to compare themselves to other channels. Advertisers have to consider the value of Facebook advertising in a vacuum and with no relation to the other channels they are spending on,” the source said.

Once Facebook continues building up and ramping its own capabilities, the middlemen hold less value.

“In general, the cost of Facebook advertising for apps is getting more and more expensive, and eventually users will be more and more saturated by ads. In order for Facebook to maintain the price, they need to control the whole stack. They’re basically building an entire layer on top of iOS and Android so that app developers rely on Facebook for the entire stack, from building, to launching, to marketing,” the source added.

Wang said Google, Facebook and, to a lesser extent, Twitter, are finding their need to serve third party relationships shrinking.

“In the long term, advertisers don’t like going to brokers. If you look at Facebook, they have jumped their market share around 400 percent since 2012,” Wang said.

Facebook is doing the right thing, said our other industry source.

“If they create their own world, they control their own economy of price.”