SAN FRANCISCO — Walter Driver, the chief executive of mobile game publisher Scopely, is helping to equalize the mobile playing field. Scopely is doing that by specializing in publishing games from smaller indie game developers. Those companies normally don’t have much of a chance against the likes of dominant mobile game companies like Supercell, GungHo, and King.

But Scopely has figured out how to market and distribute the games that its developers are making, and the results are showing. The Los Angeles publisher of mobile games has grown revenues 300 percent in the past year and tripled its staff. It has added 25 million registered users to its network of cross-promoted titles in the same amount of time.

Driver says his company finds promising young developers and works with them early on to design games so they can be hits. We caught up with him at the Game Developers Conference. Here’s an edited transcript of our conversation. 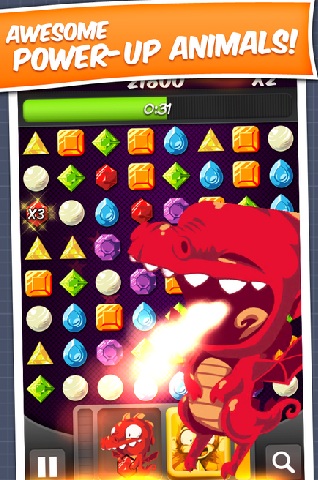 GamesBeat: What’s the state of things at Scopely right now?

GamesBeat: How many games do you have out now?

Driver: Seven total games. We have a streak of four consecutive No. 1 free-to-play games on the iPhone, which to our knowledge no one’s done before. Certainly not in the recent App Store era. That’s attracted quite a few developers to the publishing program.

The first of those games was Mini Golf Matchup, which was downloaded by one in 10 Americans with an iPhone — 10 million downloads in the first 30 days. That was done with a studio called Rocketjump in New Zealand, which is just a two-man team. That was pretty incredible for them, to reach No. 1 in 49 countries within 24 hours of launch. That helped grow our distribution network.

We did another game, Skee-Ball Arcade, from another two-person team, which came out in November. That hit six million downloads in the first six weeks and made No. 1 on the iPhone in six countries. Now that we’ve demonstrated our ability to distribute products for new game studios at an unprecedented level, we’re working with larger teams that have more robust pedigrees. We’re moving into social casino and midcore and some other categories we haven’t been in before.

I feel like the options for elite game development teams to work with somebody who’s fully focused on their success are pretty lacking right now. Most of the people that can provide help are primarily first-party studios that always prioritize their internal games. Our focus is inverted. It’s primarily about making our partners successful.

GamesBeat: What marketing tricks are really working well for you guys?

Driver: There’s definitely no silver bullet, or everyone would know about it. We’ve worked with more than 300 different marketing channels, from celebrities and influencers to television and radio to every mobile digital distribution channel possible. We’re working directly with anyone we think can drive traffic to a mobile gaming product and evaluating how effective the traffic they’re providing is.

We spent 24 months trying everything you could think of to drive traffic to mobile apps and culling the nonperformers and trying new stuff. We’ve whittled that down to a couple of dozen of the most effective channels for different types of games, and we’re providing that distribution network and expertise to our developer partners so they can concentrate on great games.

We’re building out our publishing partner infrastructure. A lot of engineering resources go into building the infrastructure just to understand what’s happening inside the game. If you’re marketing across 25 channels, being able to predict, within 24 hours, the lifetime value of every user from all those channels, based on device type, demographic, location, and their play patterns, it’s a robust engineering challenge. Most game developers we talk to don’t have 15 engineers working for two years to build out that infrastructure. 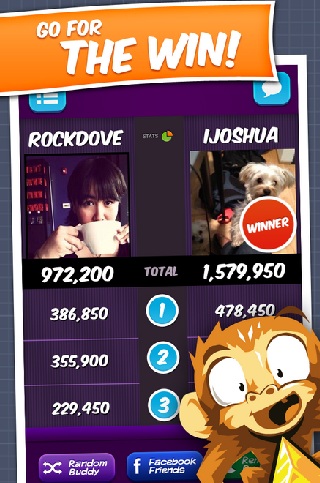 GamesBeat: Is that what you’d call predictive analytics?

Driver: The more historical data you have from similar games, the faster you can predict the future performance of each user. That’s another thing — a lot of game studios just have their data. They don’t have data from a bunch of products.

GamesBeat: Some of that starts to sound pretty easy. But if you look at everyone out there, you know it’s hard to create that hit machine. How do you make something look easy when everyone else is having a hard time?

Driver: It’s not easy. There’s a lot of moving parts. You have to get all of them to line up. Because there are so many moving parts, we believe that there’s a kind of company that needs to exist, one that hasn’t so far, which is a free-to-play publisher to support live games as a service for a concentrated network of development teams that don’t want to be an afterthought inside of a large company’s second-tier program.

We feel that by concentrating our focus on the developers that we can help the most, we can provide a lot of value to those guys, and let the other guys that feel like we can’t help be free to work with whoever they want. Our goal is to be the first choice partner for the best game teams in the market. We won’t work with you if we don’t think we can help.

We’re signing developer deals, first-look deals with partners very early in the process and helping them through the production process in a variety of ways, from user testing to development financing to game design. If we test their game and we don’t think we can make it profitable and put our full muscle behind it, we’ll give it back to them rather than launch it.

That’s how we identify the performers that we think are strong, and we can do it over and over again. It’s also why developers are excited to work with us, because they know they’re getting a lot of benefit from going through that process. If it goes well, they have a chance to get the kind of distribution that Mini Golf saw. That was almost a year ago now. In that time, our distribution network has grown five times. It’s only going to be easier. We added 25 million new registered users in our network last year.

GamesBeat: What do you think of all the money coming into the industry right now? ChangYou just said they were going to put $600 million into mobile development. They’re risking a lot of their valuation.

Driver: We’ll see how that actually turns out as far as how they deploy that capital. It’s a statement of their ambition more than a detailed plan. But it’s a testament to how big a market opportunity this is. Everyone recognizes that the number of devices in the market is going up, from a smartphone and tablet standpoint. The amount of time people are spending on those devices is going up. The percentage of the population that’s playing mobile games is going up.

It used to be that you were either a gamer or you weren’t, because you had to buy a console. It was a pretty binary thing. Now everybody has a gaming device. Crossing the line into playing games is very easy to do. That’s how you have 85 million people playing Candy Crush every day.

The amount of users converting to paying users is going up too, and so is the amount those people spend. The market is expanding along every vector. 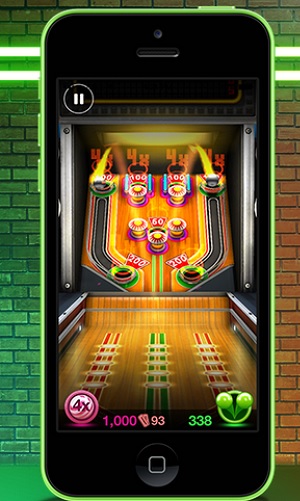 GamesBeat: The only negative is that there are two million competitors now.

Driver: That’s the problem we’re trying to solve. The best products are going to continue to come from motivated, focused teams that eat, breathe, and sleep real-time strategy or social casino or whatever —  teams that are focused on what they’re doing. We’re concerned that 12 months from now, those guys won’t be able to enter the market because conditions will be too inhospitable to new entrants that don’t have a distribution network, that aren’t spending millions of dollars a month on marketing. We want those guys to have an outlet, because they’re going to be the source of fresh ideas.

GamesBeat: Does Flappy Bird help set some of the hopes for everyone?

Driver: It’s a novelty, certainly. People paid attention to it. But it’s not a blueprint you can follow. It’s a perfect storm. You don’t see that happening very often. For developers who want to build a sustainable business, that are going all in on a couple of products or a single product and are looking for a partner that can guarantee a good product will be a successful business, there’s not a lot of great options out there. That’s what we’re trying to provide.

If you think about it, amongst the top 20 grossing games out there, there’s only a couple of new entrants in the market, even over the last 12 months. A lot of those games have been out for a long time. They’ve been heavily optimized, such that the lifetime value of a user in those products is two to four times what it was when they launched.

If you’re bringing a new product to market, you haven’t had the benefit of two years of optimization. You don’t have all this historical data about where to find users that are valuable to your game. You have to start from zero, going up against games with millions of daily active users. Your lifetime value is maybe 25 percent of what theirs is. Your cost per install is probably double theirs, because you don’t have your distribution machine fine-tuned. You don’t have leverage with marketing partners. You’re competing with King and Supercell for ad impressions. They’re paying ad providers millions of dollars a month. You’re just a speck. And you have less cash. You have more to lose and you can’t necessarily buy users at a loss for that one product.

It’s all very difficult if you aren’t able to slide into an infrastructure that someone else provides. 12 months from now, even the teams that raise venture capital and think of themselves as leading developers will still be looking for a partner to help them scale.