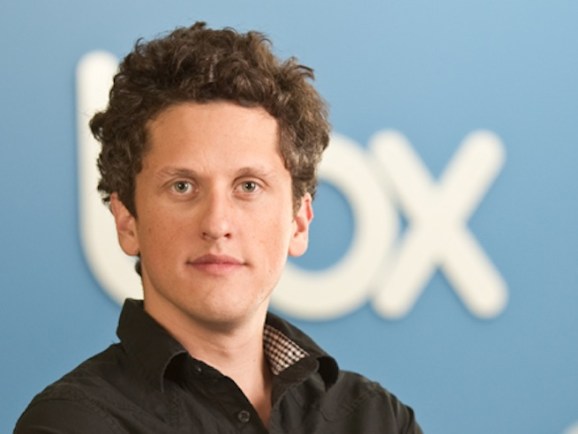 Box has decided to go public ahead of key competitor Dropbox.

The cloud storage company filed its S-1 documentation with the U.S. Securities and Exchange Commission today, revealing a host of operating information that it withheld in the past.

Box’s revenues have swelled in recent years, but so have its losses: It earned $124.2 million in revenue for the financial year ending Jan. 31, 2014, though its net loss totaled $168.6 million. That stands in contrast to $58.8 million in revenue and a $112.6 million net loss the year prior. (Find more detail in the sidebar.)

A large portion of that money has gone toward research and development. In the year that ended on Jan. 31, Box spent $46 million on R&D. It had 972 employees as of Jan. 31.

Box ended this financial year with $109 million in cash on the balance sheet. The company is looking to raise $250 million in its IPO. Analysts have pegged Box’s valuation as high as $3 billion following its $100 million funding round late last year.

Box calls out many of its competitors by name in the filing. When it comes to collaboration, other players include EMC, IBM, and Microsoft’s Office365 and SharePoint. On the file-sync-and-share front, Google Drive, Microsoft’s Skydrive Pro, and Citrix ShareFile are there, along with — you guessed it — Dropbox.

Box has over 34,000 paying organizations and over 25 million total users, according to the filing. In contrast, Dropbox has 4 million businesses (not all of which are paying customers) and over 200 million users, according to Dropbox figures from late last year. Dropbox, which is also expected to go public soon, declined to comment on the Box IPO.

Box has a clear strategy for growth: courting industries (often with stringent regulatory requirements). The company announced in interviews with VentureBeat that it is selling its cloud storage to specific industries, including health care, financial services, and education. The company recently made some hires with domain expertise, such as former Google Health employee and investor Missy Krasner, who now leads Box’s health care strategy. Its enterprise general manager, Whitney Bouck, is the chief architect behind the scenes for this industry push.

While Box talks a big game about being enterprise-ready, the company notes in its S-1 filing that it promises 99.9 percent uptime in its service-level agreement, not 99.999 percent — known as five-nines — which is more of a standard among enterprise-grade infrastructure.

But Box claims faster upload speeds than some competitors. “Neustar, a neutral third-party, has validated that Box’s average upload speeds across locations are 2.7 times faster on average than the closest competitor,” the filing states.

Box also claims to be data-driven when it comes to customer support. “Within the customer success organization, we have a team dedicated to customer retention that monitors our customer usage data to identify opportunities for enhancing our customer’s engagement with our product,” the S-1 filing states.

“This is great news as it’s a real validation of the market that we’re playing in — the future of enterprise software has well and truly arrived and companies are no longer afraid to try new, innovative cloud technologies,” said Alastair Mitchell, the CEO of cloud collaboration company Huddle.

Box competitor Egnyte is a bit less bullish on the company’s IPO, however.

“While news of Box’s official filing for IPO brings a lot of excitement to our market, the public release of their financials raises a lot of concern,” Egnyte CEO Vineet Jain told VentureBeat. “It is public knowledge now that Box has claimed over $360 million in deficits to date, with no solid roadmap to profitability. This seems to have become a trend lately where companies are being rewarded with huge valuations for simply having a large customer list.

“This has created a major disconnect from the traditionally successful business model which used to be based on creating profitability and sustainability. This new evolution of the business model, with 7-figure funding rounds and 10-figure valuations being the norm, has taken pressure off of companies to be successful in the present but placed a heavy burden on them for the future. It is my hope that Box can become profitable and succeed in their IPO, strengthening the faith in our space.”

Box’s IPO filing dispels rumors that Hewlett-Packard was angling to acquire Box. Either talks fell through or that deal was never in the works.

Box is headed to the New York Stock Exchange under the unsurprising ticker symbol “BOX.”

Jordan Novet and Christina Farr contributed to this report.