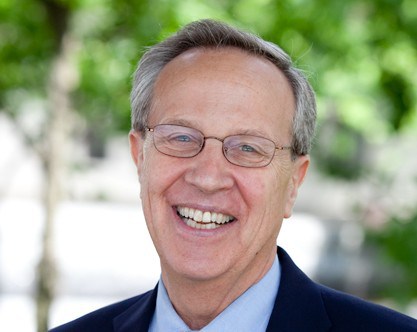 Coursera has just named Rick Levin, a recently-retired president at Yale University, as its chief executive.

The appointment is a bit of a surprise, given that Levin is a career academic and author. It’s not the typical choice to run an early-stage technology startup. But a Coursera spokesperson tells me that Levin has been proving his value as an adviser.

At Yale, Levin served as chairman of the economics department and dean of Yale’s Graduate School of Arts and Sciences. He has worked closely with the White House during multiple administrations. Levin was one of the first people to receive an invite to the White House under George W. Bush, and in 2010, he was rumored to be in discussions with President Barack Obama about taking a position in the administration.

Rick will join Coursera as CEO in mid-April. Cofounders Daphne Koller and Andrew Ng, both professors at Stanford University, will be taking the official titles of president and chairman of the board, respectively.

This appointment might serve to add some legitimacy to the burgeoning online education sector. Coursera is the best known of the massive open online course providers, otherwise known as the MOOCs. The startup partners with elite educational institutions to bring their courses online, and available to anyone with a working Internet connection.

Similarly to Koller and Ng, who led the development of Stanford’s primary MOOC platform, Levin began Yale’s experiment with online education. He helped launch Open Yale Courses in 2007, which millions of people across the globe have used.

According to a Coursera spokesperson, in the coming months, Levin will work with Ng to expand the company’s presence in China.

“He has contributed a strong strategic voice in how we can use technology to educate people at scale and how we can structure our business going forward. Now as CEO, Rick will be even better positioned to help us build and deepen our university partnerships, develop our pedagogy, and rethink how people will learn and teach in this new world,” Koller and Ng wrote in a company blog post today.