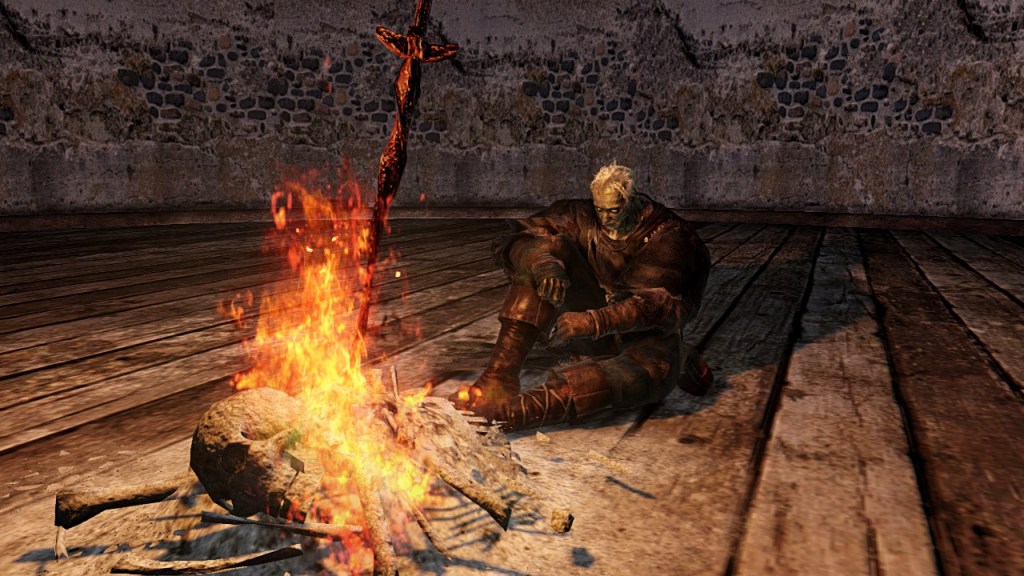 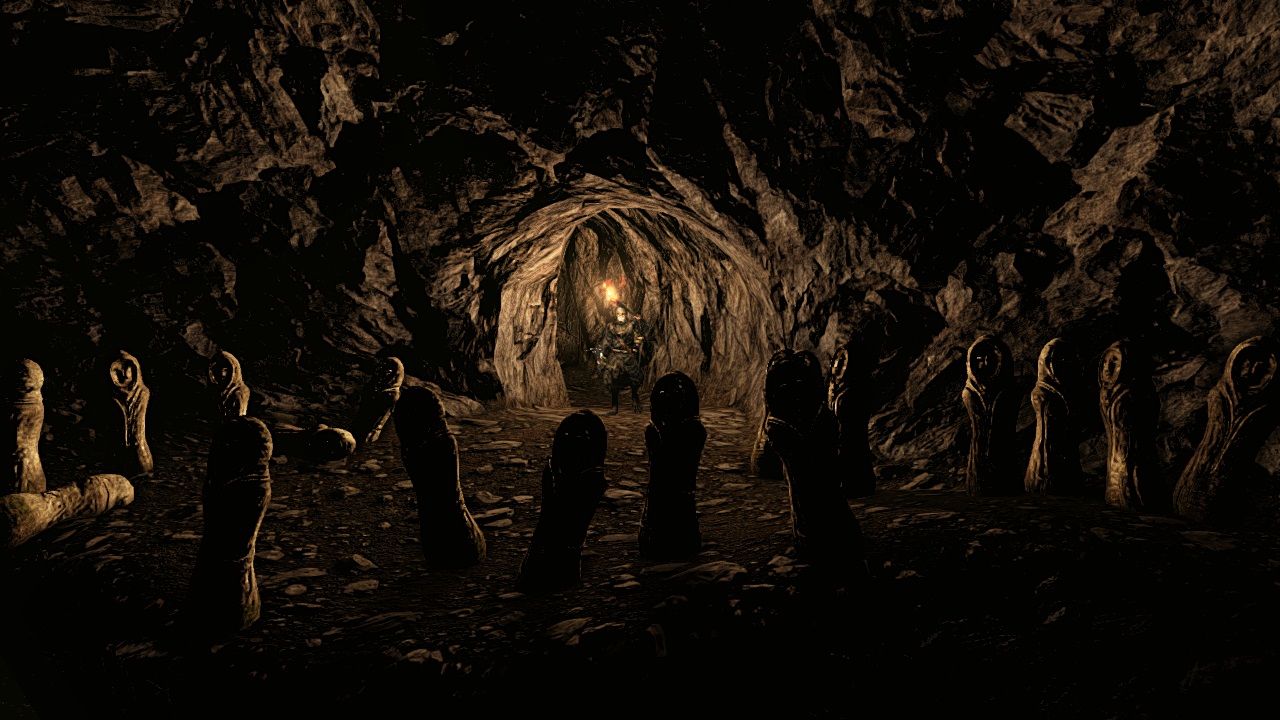 Small tweaks to the combat system take some getting used to

If you’re a Dark Souls veteran, the first thing you should realize is that rolling isn’t quite the invincibility button that it used to be. In the original, a roll would make you impervious to damage for a few frames of animation. This safety window is much smaller in Dark Souls II. When you combine this with the fact that enemies now, in general, have a lot more sweeping (side-to-side) attacks, rolling correctly becomes a crucial skill to learn. Rolling to the side when you should have rolled backward can be a painful (and sometimes deadly) experience. 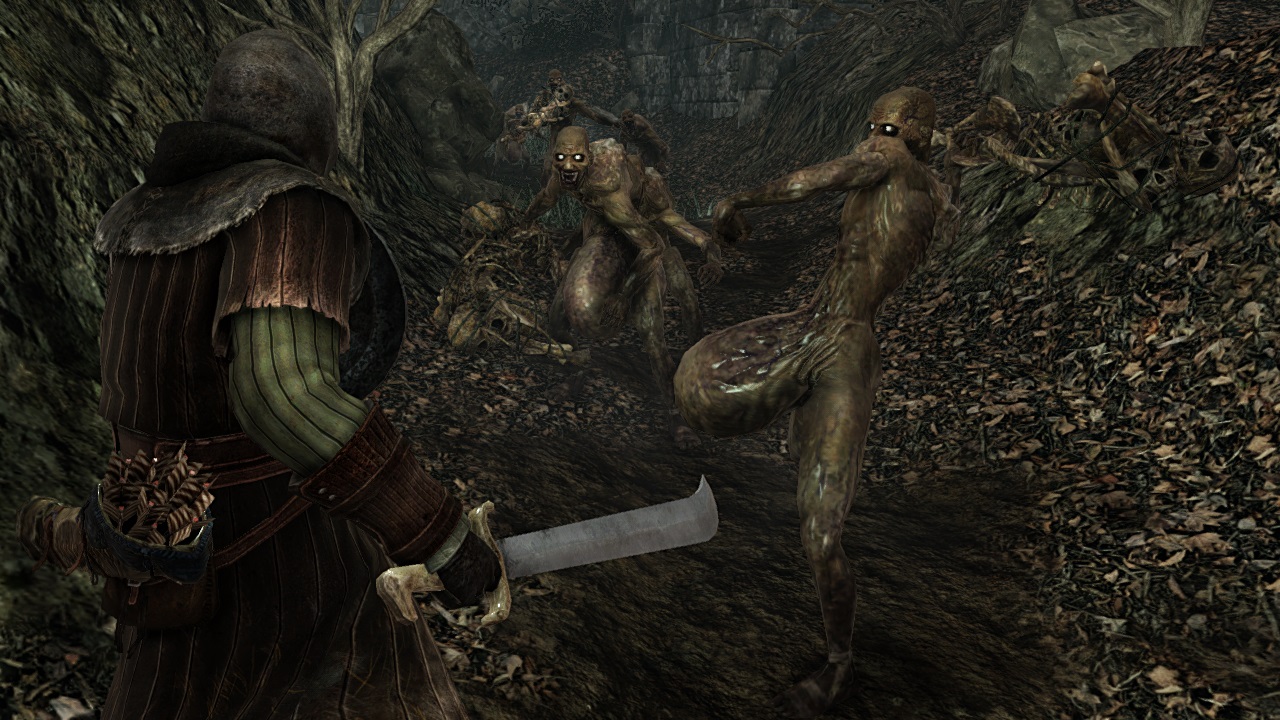 Above: I don’t think they’re just coming to say hello.

The lock-on system (which you use to target and always stand facing the selected enemy) seems a little unreliable at times too. On numerous occasions, I found myself suddenly targeting an enemy I didn’t want to face, which caused me to expose my back to yet something else that wanted to kill me. This frequently resulted in me taking damage unnecessarily because I was suddenly spun around to face something that was less of an immediate threat.

The death penalty can be a little harsh early on

In an apparent nod to Demon’s Souls (the Dark Souls’ series spiritual predecessor), you’ll now encounter an additional penalty every time you die: a slight reduction in your max HP (hit points). After one or two deaths, this isn’t a big deal. If, however, you’re struggling in a particular area, you may eventually find yourself capped at half of your normal maximum health, which will only further exacerbate a tough situation. This may seem especially punitive to new or inexperienced players and force them to expend valuable human effigies (an item that restores your human form and erases this loss) early on in the game.

Thankfully, careful explorers can find an item pretty early on that mitigates this loss to around 25% of their total, which makes the penalty much more manageable. If you find yourself struggling, I would make this one of your first goals. 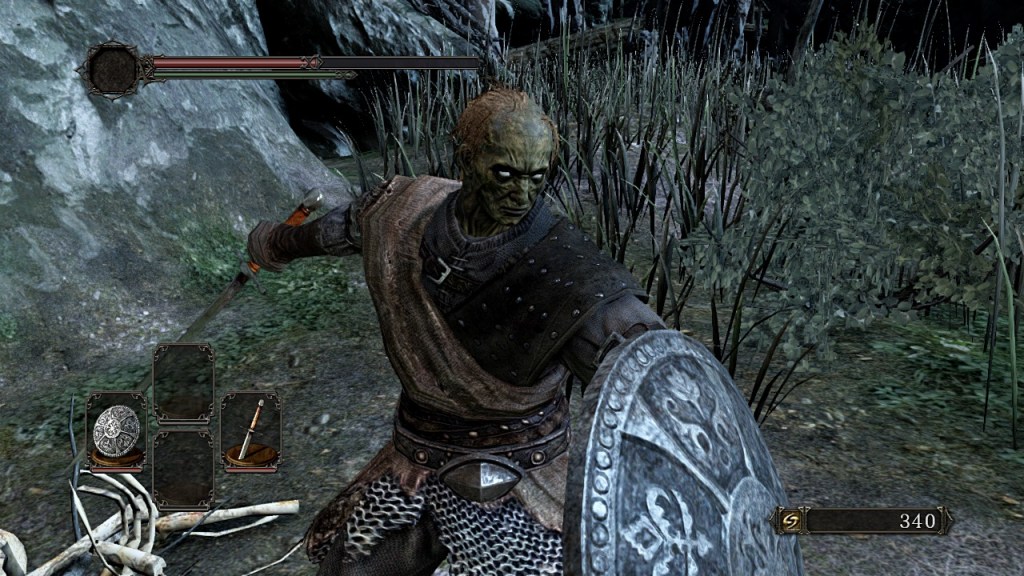 Above: This is what happens to your life bar if you die enough times.

You can only level up in one place now

In a move that seems contrary to the other streamlining From Software introduced in this sequel, you can now only level up by speaking to a specific NPC who appears — and stays — in one of the early areas. Previously, you could improve your character at any bonfire, so this seems unnecessarily restrictive. When you further consider your ability to fast-travel between any two bonfires, the only net result is that you need to sit through a loading screen every time you want to swap some souls for some stat points. The logic behind this escapes me.

Dark Souls II is demonstrative of what all video game sequels should aspire toward. It takes the successful formula of the original, expands it with tons of new content, trims away clunky and confusing gameplay elements, and delivers an experience that is an improvement on all fronts. If this is the kind of trend we can expect from From Software, I truly can’t wait for Dark Souls III.

Dark Souls II is available now for PlayStation 3, Xbox 360, and PC. The publisher provided GamesBeat with an Xbox 360 retail copy of the game for the purpose of this review.