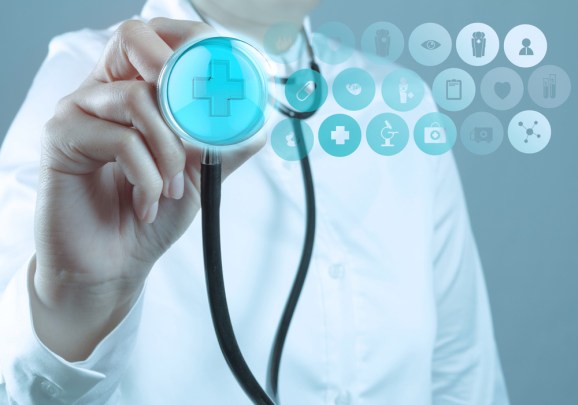 IMS Health is prepping for an initial public offering, which could value the health-tech company at up to $6.97 billion.

IMS said it expects to price its initial public offering at $18 to $21 per share. The Danbury, Conn.-based company said the sale of 65 million shares was expected to raise about $1.36 billion, based on the top end of the price range.

Software as a service and cloud-based health care companies are in demand on the public markets, particularly in the wake of Veeva Systems’ soaring IPO in 2013. The top-performing technology IPO of this year is Castlight Health, a firm that provides transparency to health care pricing.

The Wall Street Journal reported over the weekend that the IPO is expected to take place within two weeks. Rumors have been flying about a 2014 public offering for some months.

IMS, which has been owned by private equity firms TPG, Leonard Green & Partners, and the Canada Pension Plan Investment Board since 2009, will begin its roadshow to pitch potential investors on its shares.

IMS was founded in 1954 and now has operations in over 100 countries. IMS went private in 2010 in a deal valued at about $4 billion. It will use the proceeds from its IPO to repay debt.