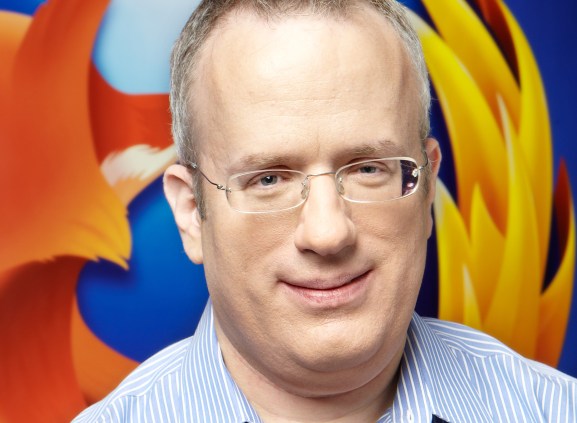 Yoorah! Mozilla has finally appointed a new chief executive, and it’s none other than JavaScript creator Brendan Eich.

Since its then-leader Gary Kovacs announced his departure in April 2013, the company has been looking for a new chief executive to take over. Jay Sullivan, previously vice president of product, acted as interim chief in the meantime.

“I would first like to thank Jay Sullivan for his contributions to Mozilla and to the web,” said Eich in a blog post announcing his new position.

“He has been a passionate force at Mozilla whose leadership, especially during the last year, has been important to our success, in particular with Firefox OS. Jay is helping with the CEO transition and will then leave to pursue new opportunities.”

Additionally, Li Gong will be moving into the role of chief operating officer. As such, a number of functions will come under his supervision, including cloud services, IT, marketplace, mobile and research, and platform engineering. Gong previously set up Mozilla China and the company’s Taipei office in Taiwan and “has been a crucial partner in building up Firefox OS,” according to Eich.

As the company’s chief technology officer and creator of the hugely popular dynamic programming language Javascript, Eich will likely be helping the company double up on its Firefox OS mobile operating system and other uber-nerdy efforts. Last month at Barcelona’s Mobile World Congress, Mozilla announced a $25 smartphone, applying a lot of pressure on its competitors in the low-end market.

“I see it as the highest priority. It’s like the great circus act — spinning plates while doing back handsprings, and we are definitely turning mobile in the only way that can be really effective. The highest priority is to get volume to Firefox OS, especially the $25 phones,” Eich told CNET in an interview.

Mozilla has also been working hard on bringing gaming to the browser with the help of WebGL and Javascript, as we recently reported. Gaming is one of the main frontiers the Web has not yet conquered due to the importance of speed. Luckily, Mozilla has now achieved a low 1.5 times native speed for its Javascript dialect asm.js.

Mitchell Baker, Mozilla co-founder and executive chairwoman, will remain in her role and will continue to lead and work with Eich, her Mozilla partner of 15 years.