SAN FRANCISCO — Chris DeWolfe has become an authority on mobile and social gaming.

He became a social media pioneer when he founded MySpace. He sold that company to News Corp. in 2005, and in 2010, he got backing from Austin Ventures to buy the social gaming platform MindJolt. In 2011, the company purchased mobile gaming firm SGN and online gaming network Hallpass Media. SGN also bought game developer Mob Science, and the company is now making a wide variety of casual puzzle games across Facebook, iOS, Android, and Amazon.

DeWolfe, who runs the company that has been renamed SGN, has a lot to say about mobile and social gaming, from the downside of Zynga’s collapse to the upside of Candy Crush Saga maker King’s rise. He hopes to score with the next big mobile hit, but in meantime, he is watching and learning as the mobile gaming industry evolves. And he hasn’t abandoned making social games on Facebook, as he still sees it as a great proving ground for new ideas.

I moderated a chat with DeWolfe at last week’s Game Developers Conference 2014. Here’s an edited transcript of our talk. 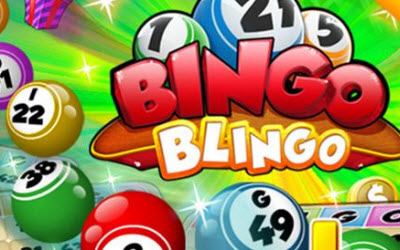 GamesBeat: What’s your view of the state of the industry? Outside of Flappy Bird, is it true that only three games are accounting for most of the industry’s revenue right now? And if you’re not one of those three, what should your strategy be to succeed?

Chris DeWolfe: For the state of the industry, it’s great. We all went through this hangover from Zynga and their IPO, when their stock price fell down to $2 [a share]. It put a shadow across any investment, whether it was corporate M&A, venture investment, or seed investment. It hurt everyone quite a bit.

It was a bit unfounded, I think, because that blackout was more about one company than it was about the health and future of the entire industry. From my perspective, I see Supercell, which started in 2011, sell half of their company for $3.2 billion. I see amazing companies in Japan and Korea. I see King, that’s been around for 10 years, going out for a $7 billion IPO. I see Kabam. I know what our own numbers are, and they continue to double every year.

We see all these other games, too, creeping into the top 10 from time to time and entering the pop-culture zeitgeist, like Flappy Bird. What that shows you is that you don’t need to have 500 people in your company to build a top game. But it certainly helps to have some infrastructure behind you.

GamesBeat: The industry isn’t that transparent. I don’t know if people do have this impression that Clash of Clans and Puzzle & Dragons are making all of the money in the business.

DeWolfe: There’s a lot of money out there, as we all know. It’s all relative. Plenty of companies are doing $200, $300 million a year in revenue, which I think is a lot of money, growing and doubling every year. Compare that with WhatsApp. They did $20 million last year? Not a fair comparison, but —

DeWolfe: Yeah. Or Snapchat, which isn’t doing any revenue at all. It takes a lot to do a couple hundred million. If it’s a $40, $50, $60 billion industry, and several companies are making up a big part of that, there’s still plenty to go around for everyone else. Again, I mentioned Supercell. They started in 2011. It’s never too late.

GamesBeat: Between King and Supercell, we know they have $3 billion in revenue together. But the mobile industry game estimates say that the industry is about $12 billion worldwide. So they have a good chunk of it, but they don’t dominate.

DeWolfe: Again, this is one of the things that we’re seeing in almost every part of the Internet. If you look at the evolution of games from console to Internet to mobile, and look at social networking from Web to mobile, everything is fragmenting. You went to Facebook.com three years ago for everything – to share your pictures, to check the news feed, to talk to your friends. Now you need to download four or five different apps, which has opened the door for companies like Snapchat or WhatsApp. We’re seeing the playing field level in almost every industry, including the game industry.

GamesBeat: Was there anything interesting to you in the King IPO filing?

DeWolfe: Not a lot, other than the obvious, which is that one of their games accounts for 79 percent of their revenue, and the other two games are 17 percent. They’re fairly heavily concentrated. The other thing that jumped out at me was that they were doing approximately $60 million in revenue for the first eight years in their business, and in the ninth year they went from $60 million to $160 million, and then from 2012 to 2013, from $160 million to $1.6 billion. That’s not phony bot money. That’s $500 million in profit – not EBITDA, profit. The explosive growth, and profitable growth, was astounding. The fact that they’ve been around for so long was surprising.

GamesBeat: And that’s a consequence of staying at No. 1 or No. 2 on the top-grossing list for more than a year.

DeWolfe: It’s a testament to the strategy of building a game as a service, where you’re not just building a game, launching it, and thinking about the next game. You’re taking time before you build that game. You build a prototype to see if it works. You get some positive response back. Then you really go for it. Once you get the KPIs, the day one retention, the revenue per daily user that you want, then you double the size of your team, triple the size of your team. If you do all of that right, you can have a game that lasts for three, four, five, 10 years.

Above: Flappy Bird for mobile.

GamesBeat: Flappy Bird only needed one developer working for a few weeks to create a game that became No. 1 in 100 countries. I wonder how much you need to invest in a mobile game these days, though, to stand out in front of a global audience.

DeWolfe: Flappy Bird was one of those phenomena. If we could all build one now, we would. Probably a bunch of us are trying. Those kinds of games are interesting. Rumor has it he was making $50,000 a day just from advertising, which is great, especially given the cost of living in Vietnam. But those kinds of games don’t endure for long periods of time. They don’t build the bedrock for a big company.

To answer your question a different way, if I wanted to build a game that would endure and hit the top-grossing charts, it would probably cost around $1 million, give or take. Someone could maybe do it for $400,000, and some people would say a couple million. But my guess, for King to get something launched and running takes about $1 million.

GamesBeat: So maybe 10 people working for a year?

DeWolfe: Maybe seven months to get an initial version up. Continuously adding new content and new game mechanics is incredibly important to keeping retention up, which keeps the value of your users up and allows you to spend more money on advertising. My guess is that they got it out in seven or eight months for under a million bucks, doubled or tripled the size of the team, and then spent a lot more money since then investing.

GamesBeat: I think they said they build Candy Crush with three people. Now they have a team of 40 on it.

DeWolfe: That makes sense. That’s what you do when you have a hit game, a game that begins to hit your KPIs. You pour the gasoline on and go big as quickly as you can.

GamesBeat: There’s a million or two million apps depending on how you count them. It’s been reported that the cost of advertising a game so that you can stand out, the cost of acquiring new users, has gone up dramatically. On average it’s higher now than the amount of revenue that an average user brings in. The lifetime value might be something like $1.96 as of December, and the cost of acquiring new users is something like $2.73. Different sources of data show it varying a bit, but it’s not a good thing. How do you think mobile game companies should deal with this challenge?

DeWolfe: That’s the No. 1 issue right now. There’s a couple different ways to answer the question. Definitely, customer acquisition has increased, but the way we look at it is, we look at it in cohorts, to break it down into groups of people. We’re maybe willing to pay $4 for a woman in Australia on an iPad who’s played a game before. We’re willing to pay 20 cents for a different profile of user.

What you need to do is make sure you find your high-value pockets, and you’re willing to pay the value that those people are worth. Then you need to make sure that the lower-value pockets, you’re paying a lot less for them. I see too many people out there just looking to buy for abundant CPM and spreading money across the table. That’s wasted money. It’s like buying television.

Another big thing is, a lot of our advertising dollars, collectively, are going to Facebook Mobile. Which is great, because it’s efficient, but it’s a supply-and-demand curve. We all see that it’s efficient, so all of us are trying to buy the same keywords. Prices are going up. We need to find other sources of users. We need to do a better job cross-promoting from our current games. We need to do a better job designing our games to make them viral, whether it’s making multiplayer games, or effectively incorporating Facebook into our games, or whatever it may be.