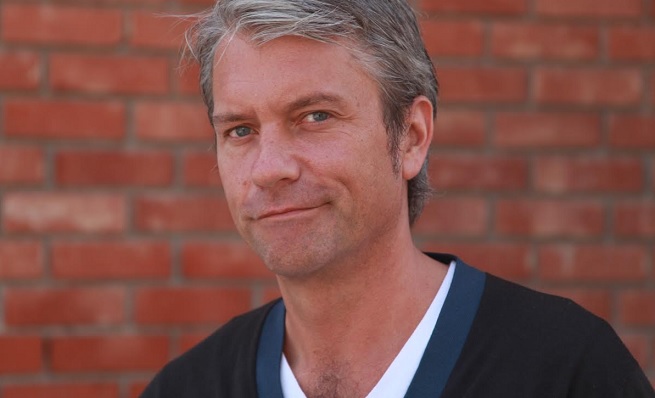 GamesBeat: Targeting the right person at the right time is what matters now?

DeWolfe: Targeting the right person at the right time and knowing how much money you can pay for that person. You have to match your cost per install to your LTV for a specific cohort of users. The majority of companies out there do not do that. There’s so much wasted money if you don’t figure out how to do that.

GamesBeat: The tools you need, then — you have your basic analytics but also something that can slice and dice this data, and then you have some kind of mobile marketing to target the users once you find them?

DeWolfe: How it works, you need some kind of an attribution tool on the front end. One of the biggest ones is AdEx. With AdEx, it’ll say, “You bought this user from this cohort on Facebook,” and it’ll assign a number to that person. You follow that user through the purchases they make. You can see, usually within a couple of days, how much money they spent. Certainly within a week you have a good idea whether that cohort will be a good one or a bad one, or if you need to pay more money or less money. 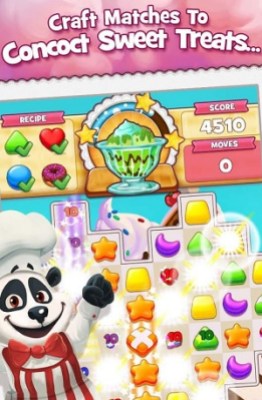 GamesBeat: A bunch of big brands have come into the business, whether it’s Disney or Call of Duty. What’s been some of the consequence of this, and the expectation that they’ll dominate?

DeWolfe: There are two sides to IP. There’s established gaming IP that’s coming from console to mobile, which is interesting. Everything is converging a little bit toward mobile devices in the living room. On the casual side, the graphics and animation and game design and all of those variables are improving. On the other side, from the console, you’re seeing those games meet the more casual games in the middle.

From an IP perspective, you see companies like Kabam, which did the Hobbit game, finding great success. The challenge in finding IP, which I think TinyCo is betting the whole company on right now — well, maybe that’s too strong. But they’re focusing the company on building a game around IP. For them, it’s a Sims-like game with the Family Guy brand. The problem with that is you have big upfront payments, and then a rev share against that, and then you may have to do some marketing, and then you have to give 30 percent to Apple or Facebook. What’s left? There has to be enough that it makes sense to pay that up-front payment with the rev share that goes against it.

GamesBeat: You could pay out even more money to someone else if you put on something like Kakao, a mobile messaging service.

DeWolfe: Exactly. When you’re doing an IP deal with the kind of people who own entertainment rights, you need to make sure that IP is going to handle the marketing piece for you. Something like a Family Guy, they have to be expecting it’ll bring in 20 or 30 million downloads off the bat.

GamesBeat: You’re in Los Angeles. Have you thought about doing any collaborations with Hollywood, doing the brand-IP thing?

DeWolfe: We’d love to, but our conversations so far—we haven’t found the right match. We believe that if we’re going to invest in IP, we consider what we bring to the table, something that they can’t build. There’s very little game knowledge in Hollywood companies. Warner Bros. has a great knowledge base. Disney has a great knowledge base. Outside of that, though, there’s so much other IP that we could choose from. The timing needs to be right and the price needs to be right. If your margins get too low it’s just not worth it.

GamesBeat: How much do you think the console playbook is going to play out in the mobile game business? In consoles we have a Call of Duty game at No. 1 every single year. Assassin’s Creed is always on the list. These are top rankings that just don’t change much.

DeWolfe: All those games are going to be mainstays for years. I hate to say this, though, but they’re going to be more niche games. The whole term “games” was somewhat niche five years ago, 10 years ago. Now, games have been democratized. Everyone plays games. Eighty percent of our country has played a game in the last year.

Games like Call of Duty, the top-ranked games and franchises, I don’t think they’ll go away. They have such cult followings and they’re so well-done. But they’re still going to be popular with a smaller group of people that’s willing to pay a lot more money for them.

GamesBeat: What do you think of Facebook web gaming? It moved from this serious stage of rapid growth and a proliferation of companies. It’s been in more of a consolidation stage recently. Is it still a good market?

DeWolfe: A lot of people have abandoned Facebook web and are mobile-only. We disagree with that strategy. We’re big fans of the full ecosystem, making sure our games are on Facebook Canvas, in the App Store, and on Google Play. Anywhere else that may pop up that’s interesting, we’re there too.

We see a lot of users find our game on Facebook and then download it in the App Store, where we make more money. They’ll play in both places. I’d recommend you design your games for all three.

The positives for Facebook Canvas are cheaper user acquisition, it’s more viral, and there’s less competition. The negatives are that the retention is about half what it is on mobile, and the monetization is less as well.

GamesBeat: What state do you think we’re in in 2014 as far as how the investment community views games now? We’ve seen some recovery from the Zynga effect. What else are you seeing out there right now as far as whether people believe we’re in a golden age or a bubble?

DeWolfe: One or two events can have such a large impact on this industry. It’s incredible. The King IPO, everyone is watching that with an eagle eye. If they make the first two or three earnings calls, we’re smooth sailing for another six to nine months. If they stumble, it could have a disastrous effect on investment in our industry.

I’d plan on being self-sufficient as much as possible. There’s not a lot of money going into startup gaming companies. It takes a lot of money to develop a game, develop the analytics behind it, and have the marketing war chest to compete. To the degree that you can prepare yourself for fallout in case King stumbles, that’s always a good thing, to be self-sufficient. I was happy that we were self-sufficient when Zynga stumbled, because no matter how well we were doing, we couldn’t have raised money during that period of time.

Now things are substantially better. The multiples are way better than they would have been a year ago. If King does well it’s smooth sailing for a long time.

GamesBeat: What about the pace of mobile gaming growth around the world? How do you look at Asia or Europe or North America? Do you see disparities?

DeWolfe: Definite disparities. It’s hard to talk about just Asia, because as we know, the Asian countries are so different. You have China, which is very difficult to enter, and if you do enter with a game, you may get 10 cents on the dollar. Korea, you might get 30 cents.

If you enter Japan in the right way, there’s some money to be made, although it’s very competitive. The types of games are more complicated. Everything about the games are harder to understand, but they’re more interesting in some ways. They’re not built for the American psyche, and American games aren’t necessarily built for their psyche. Candy Crush is doing great there, though. Clash of Clans is doing great. There’s more money generated in the App Store in Japan than there is in the U.S. with half as many people, which is pretty shocking.

China is a growth market, but very difficult. It’s not a big bet that I would make. Korea, I would look at as found money, if you can get a good deal with a great distribution partner like KakaoTalk. I would not try to go alone. You have emerging countries like Brazil that will be interesting in a couple of years, but they’re still pennies on the dollar when you compare to the U.S., U.K., Canada, and Australia.

GamesBeat: Do you still design for a global market, or do you design for an Asian country when you think about going out there?

DeWolfe: We haven’t done that. We want to do that in Japan. We’re serious about giving Japan a shot. But we know that you can’t give it a half-assed shot. You have to be in all the way. You need the proper translation. You need characters that make sense. You need a different tutorial. The game has to change. It takes investment. It’s like creating half of a new game. All those things have to change. If we were successful with one game in Japan, we’d do another game in Japan before we went into any of the other Asian countries.