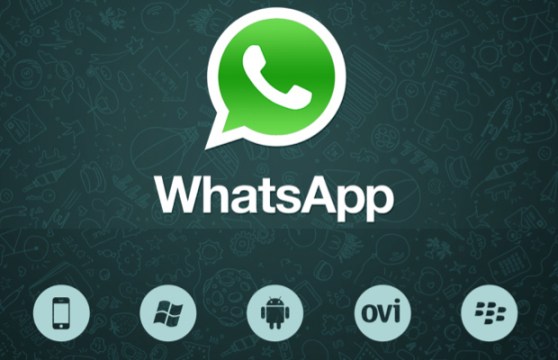 GamesBeat: The platforms are always changing as well. You can expect Facebook to go through some changes as it absorbs WhatsApp. Are there some directions you want to see them go, or are you fairly happy with the ability to do what you need to do on all of the platforms?

DeWolfe: I’m not sure why Apple hasn’t gotten more invested in the advertising business. I know they just acquired Burstly. I hope that’s a sign of further commitment to getting into the business. Right now, the majority of dollars spent in advertising for gaming is coming from Facebook. What’s interesting about the Facebook platform on mobile is that through Facebook Connect, they’re going to increase the amount of inventory that they can sell. Hopefully, with more supply and the same ability to target, the cost per acquisition will either stay constant or decrease.

I’m also enthusiastic about realtime bidding, programmatic media buying for mobile, where you can say, “Okay, I’m looking for that 40-year-old woman in Australia who’s on a gaming site. I’m willing to pay a 40-cent CPM.” I just have a computer bidding for me on all of these media placements. Through technology, I can spread my bids across hundreds of sites and apps. 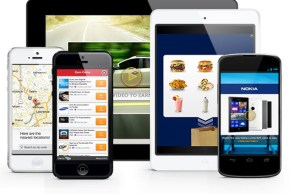 GamesBeat: That expertise is in addition to being able to design games, right? How much of that expertise do you feel like you have to have in-house? How much are you happy spreading across a few dozen companies? Do you welcome something like Tapjoy or Upsight, trying to do an all-in-one service for companies?

DeWolfe: To the degree, when you’re starting out, that you can outsource, you should outsource and focus on your game. There are great tools out there that can get you enough analytics and push notification technologies that you need. However, in the long run, you need to build that all in-house, which is what we’ve done for the most part. We’re still using some external attribution technologies. Something like realtime bidding, you can certainly outsource that. We’re going to invest a lot in that this year, because that will give us a core competency that some of the bigger companies won’t have. We’ll be able to buy users more effectively.

GamesBeat: Aside from Flappy Bird, what sort of trends should game designers be thinking about if they want to be popular in the App Store?

DeWolfe: If you look at Flappy Bird, it’s sort of the past coming back. If you look at Candy Crush, it’s the past coming back. It’s an old game mechanic, a proven and tried game mechanic, with much better art, much better gameplay, a lot of times a story behind it. Looking to the past and re-imagining something that’s been popular in the past, but putting a new spin on it with better art and a new story, is the trend that we’re seeing right now.

GamesBeat: If there’s a handful of things that a game designer should know about when it comes to running the business, what are some of those things they should learn?

DeWolfe: Instrumenting your game properly from the beginning is important, especially if you have levels. You want to know the percentage of people that pass each level, how long it takes them to pass each level, which levels you’re making money on. This is all assuming that it’s a business based on in-app purchases. That allows you to tune the difficulty of your levels.

Taking it up to a higher level, you need KPIs, some kind of variables and metrics by which you judge the health of your business. One thing I’ve learned is that it’s easy to fall in love with your own game. Building a fun game is the most important thing, but from there, letting the data guide you in the right direction is a good way to go. If you don’t have that data, you’re at a loss.

For us, that includes our day one retention – of all the people who signed up yesterday, who came back today? Of the ones who signed up seven days ago, who came back today? 28-day retention, as well as our average revenue per daily user, our percentage of paying users, all of those metrics dictate the lifetime value of our user, and they allow us to spend more or less money on users.

GamesBeat: You’ve launched a lot of successful games. Is there a recipe to what you’re doing each time around now?

DeWolfe: For us, we bought a company called Mindjolt, which was a San Francisco publisher of really simple puzzle games and word games. They had more than 200 games, none of which they developed. There’s been probably 90 million installs on Facebook. What that site’s done is give us an insight into the popularity of certain game mechanics. It gives us a road map of what mechanics might work. We know those games aren’t good enough to make it long-term on mobile, but we know that people enjoy the mechanics, so what can we do with them to make them more interesting?

We’ll build a quick prototype over a month or two. We’ll have everyone in the office, 100 people across the company, play it. We’ll get more feedback and bring more people in to play it. Then, if we think it’s a fun game, we’ll spend six to seven months of development cycle to build and launch a game. It’s somewhat formulaic, but I feel like we have some of the most creative people in the world, from a game design and an art perspective. We take a lot of pride in our game design. 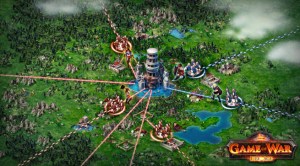 GamesBeat: Is there some condition under which you might try a Hail Mary play, like Machine Zone did with Game of War? They built a game over 19 months and had 80 of their 95 people working on it. They raised money in order to finish it as well.

DeWolfe: I don’t have the stomach for that. I respect companies that do have the stomach for it, but I don’t. It’s one of the reasons why we did a rollup. I didn’t just raise money to create one game. I would rather be able to create three or four games in a year and be able to reasonably say that, to use a baseball analogy, all of those games are going to at least hit a double, and one’s going to score a home run. I like the ability to cross-promote from one game to another.

For every one of the companies that you just mentioned, there are two dozen that fall beside the road. They’re beautiful, gorgeous games. But I don’t know how many opportunities you have in your life to start a new company and create a game. You have to ask yourself that question.

GamesBeat: External developers are coming to you and saying, “Hey, will you buy my company or finance my game?” What’s your preferred way to do something like that?

DeWolfe: It would be more to buy the company. Either buy the company or collaborate with a third party before we make the game, because we like to have input before a game’s made on day one. We don’t subscribe to the notion that a third party would build the game and we’d throw it out into the wild and cross-promote into it and expect it to be a big hit. Zynga tried that for five minutes. None of these publishing models have worked that well.

I feel like there has to be a real collaboration, and that collaboration needs to start at the beginning of the game, or at least very early on in the process. That’s the way we look at it.

GamesBeat: You’ve been immersed in gaming for a while here, but you also came from social media. You have a broader perspective on things like entertainment. I’m wondering whether you think gaming is going to be bigger than social media, or if it’s maybe as big as it’s going to get. Is it always going to be a subset? What do you think of gaming’s place in entertainment?

DeWolfe: It’s an overused term, but again, mobile has democratized games. It’s so easy to play great games on your iPhone or whatever Android device you have. They’re everywhere. There’s a lot of great games to choose from. There’s a game for everyone.

To a certain degree, I consider a lot of games micro-social networks. In that way it’s a subset of social networking. Social networking in general is being fragmented. I’m not sure what social networking means anymore. There’s messaging, photo-sharing, social gaming, a lot of elements to the broad base where people are creating separate apps. But to be very clear, I expect mobile gaming to grow in a huge way and continue to grow.

Question: What advice would you have for Asian game companies and game developers hoping to bring their games to the western market?

DeWolfe: If we’re talking generally about games and bringing them from, say, Japan to the U.S., they have to be dumbed down for us. We’re very impatient people here. We don’t understand games as well as the Japanese do. Everything from the tutorial to the levels has to be simplified for those games to be successful here.

Again, I think acquisition is a great way to go. It’s great to have an established company in the U.S. that’s specifically built games for Americans. If you’re an established Japanese, Chinese, or Korean company, a countless number of those companies have money to make acquisitions. If you’re more of an independent developer in Japan, China, or Korea, I would focus on being successful in those regions first, and then focus on the U.S. That’s exactly what we’re doing here. It’s just as hard to go from the U.S. to Japan and China as it is to go from Japan and China to the U.S.