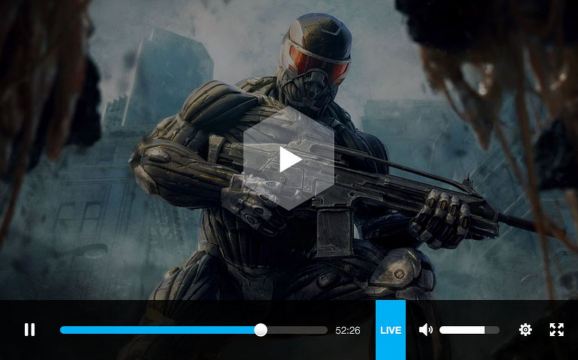 Twitch may rule the game-livestreaming landscape, but that’s not stopping a startup from trying to compete.

A new company called Gaming Live revealed itself today. The service plans to offer video livestreaming services for gamers, e-sports associations, and developers. This will put it in direct competition with Twitch as well as other established services like Hitbox.tv and Ustream. Gaming Live has already raised $30,000 in seed funding as part of the Dubai-based Turn8 Accelerator program, which fosters upstart technology companies. It is looking to raise $1 million in an upcoming funding round. The company plans to start demonstrating its platform in action in June, and it will launch some time after that. Livestreaming is a growing industry that is attracting marketing money from gaming brands as well as Hollywood.

Gaming Live will attempt to separate itself from Twitch and other services by enabling every user to generate revenue on their content without having to meet certain standards. Currently, Twitch only wants to partner with channels that have a dedicated following.

We’ve reached out to Gaming Live for more about when it plans to launch and how its revenue-sharing will work. We’ll update this post with any new information.

The startup also plans to offer robust social-networking tools and a clean user interface to make broadcasting as simple as possible.

“Gaming Live will be something that our target group expects from a video streaming platform of the future,” Gaming Live chief operating officer Krystian Berg said. “Solutions introduced by our company will not only be interesting for the gaming fans but also the companies and content producers, who will have tools to interact with gamers and reach them effectively like never before.”

Gaming Live says it has already partnered with some content producers and game publishers who will use the service to stream video. To help those those video streamers generate cash, the company has also already lined up an ad network that will serve up targeted commercials.

Twitch has quite a lead over Gaming Live. Gamers can already stream gameplay video directly from their PlayStation 4s and Xbox Ones to Twitch, which will likely make that service more attractive than a newcomer like Gaming Live. To stream video from console games to Gaming Live, players will need extra hardware. Twitch also has over 45 million unique viewers each month.

Broadcasters and viewers, however, often have issues with the quality and reliability of Twitch’s service. If Gaming Live or any other service offer a product that works better, then they might have a chance.