SAN FRANCISCO — Last year at the Game Developers Conference, Nintendo said that it would look into supporting middleware solutions for its platform. At this year’s GDC, Nintendo is showing us that it wasn’t all talk by focusing the majority of their booth on independently developed Wii U titles utilizing the Unity software development kit.

But the real eyebrow-raising part of this year’s presentation may not be the ease of porting but that Nintendo is now pushing the Wii U as an open and indie-friendly platform.

GamesBeat met with Damon Baker, Nintendo’s senior manager of licensing marketing, to discuss this new indie content initiative and the mess our brains made all over the show floor when the concept of an open-platform Nintendo come-to-life blew our minds.

GamesBeat: You guys don’t talk too much about these types of indie games.

Baker: We’re trying to. That’s my job. I have to convince the powers that be about all of the great content and why we need to amplify those messages and put them in the same light with Mario. I think it is safe to say that E3 this year for Nintendo there is going to be every emphasis on Super Smash Bros. and Mario Kart 8. There’s going to be a lot of first-party exposure there, but for us, last year was the first year we got indie content into our booth — and then we took it one step further with PAX Prime, then took it even further with IndieCade, and now we’re here at GDC showing as well. So I think you will continue to see an emphasis or a priority in showcasing and display indie content.

GamesBeat: How are these indies releasing these games?

Baker: Through the eShop. We’re then promoting it everywhere and anywhere that we can. Whether it is these events [GDC/PAX] or dot com, social media, merchandising, all of that kind of stuff.

GamesBeat: The key to Nintendo getting their share in all of this, then, is through the store?

Baker: Yeah. Absolutely. We get a royalty for those sales coming through, and that’s a benefit, but we also want there to be something for everyone. Having that e-shop present is an opportunity to have fun content at your fingertips and being able to choose what it is that you like. My challenge within the marketing side of licensing is, you know, making sure that we’re promoting all that content as much as possible. Like that discoverability issue. You got to find ways to amplify the message and letting people know what cool stuff is there so they don’t have to search for it.

GamesBeat: I take it there is some sort of gatekeeper sort of mechanism, keeping anyone from just throwing anything up onto the store?

Baker: Uhm … not anything … [though] we do have some guidelines. Like, for example, we don’t do adware games. So that’s where some of the conflicts with Nintendo Web Frame Works comes into play. Cause, using HTML5 or JavaScript, a lot of those games are available on IOS or Android and a lot of them are free-to-play but are driven by advertising in-game. We don’t allow that, and so they have to find other mechanisms whether it is add-on content or microtransactions that are other ways of creating revenue. We still support free-to-play; we’re just not going to allow that sort of advertising to continue.

On the Unity side, it’s basically open range. We have really opened up our arms to anything and everything. A lot of them are coming out with maybe a core that is more geared toward edutainment. I will say that, even though Nintendo is more known, or might be stronger, in kids and family, that digital content is still mostly being acquired by the core audience. They are the ones going into the eShop and spending money on it.

GamesBeat: Are there quality-control issues, though? I have a difficult time imagining Nintendo allowing just anything on its platform.

Baker: Yeah, it’s still kind of a gray area and that’s why it is better if there are things these developers might think is questionable … it’s better to just talk to us about it up front and see if there is going to be an issue or not, but for the most part we’re accepting absolutely anything and everything. The quality assurance all comes down to whether there are game-breaking bugs or if there are things busting our system, for the most part. So we do have a process that reviews that content and makes sure the game is going to function and it is not going to affect the hardware in any weird way. … But other than that, we’ve got a whole variety of content available on the eShop currently. Whether it is for a hardcore audience or more the casual kids and family. 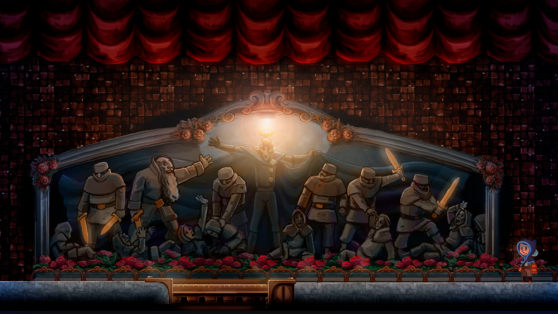 Above: Teslagrad is just one of many indie projects easing its way to the Wii U.

GamesBeat: What things are Nintendo doing to help with discoverability and help promote these games other than, say, Nintendo download email and showcasing these games at GDC? What other steps are you guys taking to help them get noticed on your platform?

Baker: There are quite a few things. We have a bunch of channels that are available, you know, and besides the newsletters we have our dot com, we’ve got the eShop itself in terms of merchandising and pushing certain promotions and amplifying their messages. All of the events we are participating in, whether it is GDC or PAX or IndieCade, or E3 where we are promoting indie developed content. Then we also have other initiative in terms of helping to amplify the message that is already out there from the developer. So we’re trying to get them some additional insight in terms of maybe these guys aren’t experienced in promoting their content or creating promotion materials and things like that. So lending them a helping hand in creating fact sheets or trailers or sizzle reels … stuff like that … and pushing them through our available channels and utilizing Nintendo first party resources in order to help amplify their message as well.

GamesBeat: Will you charge them for that?

GamesBeat: Do they have to apply to get that support?

Baker: It’s really all about being proactive and reaching out to us, and honestly, we have so much content that if we don’t know about it then it’s hard for us to do something about it. … But those guys who are persistent and raising their hands and are asking for opportunities, they’re the ones we know are really keen on doing anything and everything they can to promote their content. Those are the ones we feel that, yeah, we have a responsibility to go out there and really do whatever we can to help out.