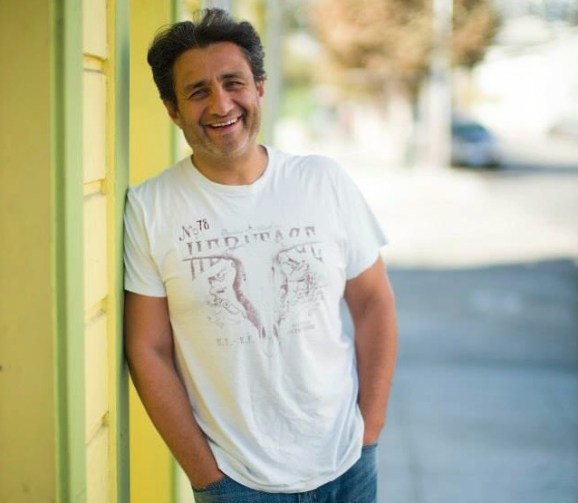 Stan Chudnovsky might have a classic Silicon Valley story, but he’s anything but a typical tech exec.

Chudnovsky landed at San Francisco International from his home in Moscow in 1994 with $20 in his pocket.

At PayPal, Chudnovsky, who says he’s just passed the 40 mark, has his work cut out for him. He will attempt to grow the company’s customer base from its current 143 million accounts while at the same time convincing consumers all over the world that cash is no longer king.

Chudnovsky firmly believes that the future lies in PayPal’s so-called digital wallet technology. That is, using your smart phone to navigate everyday money routines, like paying for groceries and bills and loaning money to friends.

It is an opportunity that Chudnovsky likens to the period in history more than 100 years ago when people went from stashing cash in mattresses to entrusting their money to banks.

“This company has the potential to be one of the biggest in the world. PayPal is a collection of nodes; consumers, merchants and developers. Successfully increasing the transactions between those nodes means that it becomes incredibly effective,” Chudnovsky told VentureBeat.

“While Facebook is all about your status, PayPal is about money.”

The naturalized American is much known within Silicon Valley circles for his prodigious coding prowess and tech vision, which he used to help create an early social networking site, Tickle.com. Chudnovsky and his partners sold that company to Monster for $100 million in 2004. Monster has since disbanded the site.

Chudnovksy’s Oogalabs — a tech incubator and financing vehicle launched in 2007– has spun out some remarkable successes, like social gaming giant WonderHill (sold to Kabam in 2010), Affinity Labs (also sold to Monster), Jiff, and IronPearl. Ooga Labs was also an early investor in GoodReads, which Amazon bought last year for an undisclosed sum.

Indeed, Chudnovsky’s vision has made him one of the Valley’s wealthiest serial entrepreneurs — and earned him the respect of some of technology’s brightest minds.

“Stan grasped the opportunity immediately when he came on board, and he hasn’t looked back,” PayPal chief executive David Marcus told VentureBeat. “His approach to the opportunity for PayPal has been extremely productive in the short nine months he’s been here, making a big difference.”

Chudnovsky’s friends, and there are many of them, are a loyal group. They point to Chudnovsky’s visceral intelligence and his ability to grasp Internet trends before they become mainstream as proof.

“Stan is not only a brilliant technologist, but he can connect with anybody. His style and approach means lots of people can identify with him,” said longtime friend and entrepreneur Christopher Michel, who sold Affinity Labs and Military.com to Monster for $100 million. “We’re still very early in the days of mobile payments and with Stan, I would bet on PayPal. He’s incredibly committed to doing the right thing.”

The end of the Cold War in 1989, and the newfound ability of ordinary Russians to travel freely abroad, represented a huge opportunity for the young intellectual with thick, curly hair who had just graduated from Moscow State University with dual degrees in computer engineering and psychology.

“I grew up during the Cold War as a kid in Russia. Getting to San Francisco and Silicon Valley was kind of like going to the moon. It was a weird idea that San Francisco was the best place to go. When I got out of school in ’94, it was ‘oh, I can actually jump over the pond’ and find a job in the tech industry,” Chudnovsky said recently during an interview at PayPal’s San Jose headquarters.

During his time working up the Valley ladder in the 1990s, Chudnovsky wore a few different hats: coder, consultant, and budding startup founder. He created the first Internet “scraper,” a program that automatically pulled address lists from users’ Hotmail and Yahoo email accounts and allowed the easy transfer of links and information from one user to another.

It was Chudnovsky who helped monetize Tickle by creating the site’s successful online tests, where users would answer questions on a host of topics, such as intelligence, health, memory, and family. Chudnovsky realized that people would actually open their wallets, and credit cards, for online survey’s, which made Tickle profitable.

“We started to make tens of millions in profit by the time we sold Tickle to Monster. We figured out many things at that time, that securing users would give you more users. It was the ‘network effect.’ And online test taking was the way,” Chudnovsky said.

Saar Gur, a venture capitalist with Charles River Ventures, met Chudnovsky when the Russian coding wonder was at Tickle. Later on, Gur was an early stage investor in Chudnovsky’s social gaming startup, WonderHill, which created the then hugely popular game Dragons of Atlantis. The two became close friends, and Gur said Chudnovsky’s skills at simplifying complicated technology questions, and monetizing them, are legendary.

“Stan has tactically learned a lot from from the companies he’s been involved with. He’s one of a handful of truly brilliant guys in the Valley,” Gur said.

For now, Chudnovsky is focused on convincing consumers that the digital wallet is the future. He still codes to keep his chops up and is a voracious reader of history books. He has two children, lives in Palo Alto, and derives satisfaction from traveling the globe with his family, although he takes a low-key approach to many of the things he does.

When I met him recently, he was dressed in a hoodie and jeans and was sporting a five o’clock shadow. He made it clear that he will continue to innovate and said he’s already made so much money that he doesn’t “have to get out of bed if I don’t want to.”

Wealth interests him, but his passion of extrapolating ways to build better technology and increase users is why he shows up five days at week at his PayPal office.

“Everything (on the Internet) is about getting rid of the friction,” Chudnovsky said. “That makes it easier bringing people into the network. At Tickle, we laid out the foundation for everything that came later. And I felt great about that.”