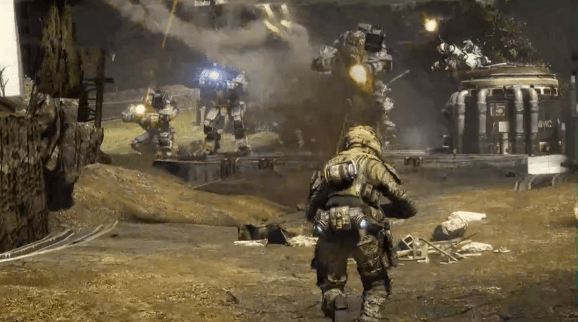 Titanfall for Xbox One.

The executives at publisher Electronic Arts are probably ecstatic that they are losers today.

EA will not win the title of “Worst Company in America” for a third consecutive year. The gamemaker, which is responsible for titles like sci-fi shooter Titanfall and military shooter Battlefield 4, lost to telecommunications conglomerate Time Warner Cable in the first round of The Consumerist blog’s tournament of despised corporations. For the last several years, The Consumerist has held this competition to let people highlight particularly awful companies. Readers voted and decided that Time Warner was more deserving for its potential merger with Comcast as well as its poor customer service and prices.

This puts an end to EA’s dynasty. The company “won” in 2012 for launching a busted Battlefield 3 in the previous fall and for the ending of sci-fi role-playing title Mass Effect 3, which fans were not happy with. In 2013, it took the title for the disastrous release of urban-management game SimCity, which required an Internet connection but did not work for several weeks due to the publisher’s servers crumbling under the demand.

Gamers thought that EA could once again claim “Worst Company in America” after it debuted Battlefield 4 in October with a plethora of connectivity errors and bugs. This came despite a promise from EA following its 2013 win that it would try to address consumer concerns.

“We can do better,” EA chief operating officer Peter Moore said last year. “We will do better. But I am damn proud of this company, the people around the globe who work at EA, the games we create, and the people that play them.”

While doing better did not include releasing a fully working Battlefield 4, the company did try to turn around the things that gamers were most upset with. Earlier this month, EA finally introduced the offline single-player mode for SimCity. It also launched the anticipated sci-fi shooter Titanfall without issue. In response to Battlefield 4’s issues, the publisher delayed downloadable content as well as any new games from DICE until the developer fixed the popular military multiplayer title.

Microsoft, the only other game-related company, is still in the tournament. It is waiting to face off against telecom giant AT&T.