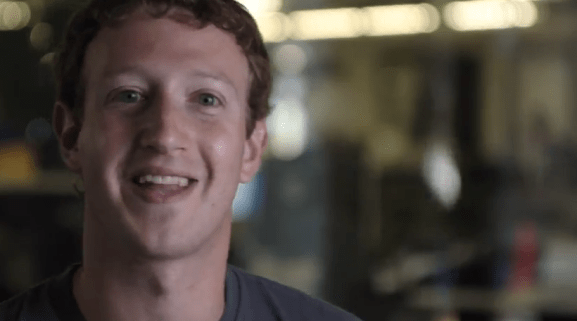 Shortly after the stock market closed today, the Menlo Park, Calif.-based Facebook said in a statement that it would acquire Oculus VR for $400 million in cash and 23.1 million shares of Facebook stock, seeing it not just as a PC gaming kit but, more importantly, as the next platform in the evolution of computer technology.

On a conference call, chief executive Mark Zuckerberg and other Facebook execs laid out their strategy behind the acquisition. It came as shock, given that the now-public company had just shelled out $19 billion for mobile messaging firm WhatsApp.

But to quell investors’ fears, Zuckerberg described this as a “rare period” of highly active M&A. According to Facebook, negotiations to acquire Irvine, Calif.-based Oculus only began a few months ago.

“WhatsApp is one of the incredibly rare companies that we think will reach the next billion people,” said Zuckerberg.

As Bloomberg’s Brad Stone points out, there’s actually nothing less social than blotting out everything around you with a pair of darkened glasses. Indeed, Oculus VR is best known among gamers, who use it to immerse themselves into a virtual simulation of a game world.

The Rift raised nearly $2.5 million on Kickstarter in 2012, and just last week at the Game Developers Conference 2014 in San Francisco, Sony rolled out its own VR headset, Project Morpheus, that will work with the PlayStation 4 home gaming console. Virtual reality is becoming hot in games.

Markus “Notch” Persson, whose sandbox game Minecraft is a phenomenon on both PC, mobile, and home console platforms, said today in a blog post today that “virtual reality is going to change the world.” But he wasn’t happy about Facebook acquiring a company he backed when it was seeking seed funding.

“I definitely want to be a part of VR, but I will not work with Facebook. Their motives are too unclear and shifting, and they haven’t historically been a stable platform,” Notch wrote. There’s nothing about their history that makes me trust them, and that makes them seem creepy to me.”

“And I did not chip in ten grand to seed a first investment round to build value for a Facebook acquisition.” [Emphasis is Notch’s. –Ed.]

And Zuckerberg is adamant that gaming is just a “start.”

Already, some 75,000 people have placed orders for the Rift, which doesn’t come cheap at $350. Zuckerberg recently tried it, and he described the experience as entirely “unique.” He also saw vast opportunities to make the experience far more social and potentially even practical.

In the next five or 10 years, Facebook envisions a number of uses for Oculus’s hardware. Zuckerberg described it as a “teleporter” of sorts. In a matter of years, he said Facebook’s community members will be able to sport a futuristic-looking headset and be “transported to another time and place.

“You can build a virtual model of a far away place and go see it,” said Zuckerberg. He then posed a few examples of how the technology might work in practice: The Oculus could be worn by students in a virtual classroom or a patient who wants to feel like they are consulting with a doctor face-to-face.

Health care and education aren’t exactly top priority for Facebook. Zuckerberg also painted a picture of the future of advertising and e-commerce. “Imagine going shopping in a virtual store just by putting on goggles in your own home,” he said. “We’ll keep building out the ad platform as part of this.”

The Oculus team will continue to build out their product independently, although Facebook will accelerate this development. Zuckerberg describes the social networking giant’s participation as a lever.

“Our team will keep hiring the best of the brightest to accelerate virtual reality and develop the core functionality of our product,” said Oculus chief executive Brendan Iribe on the conference call.